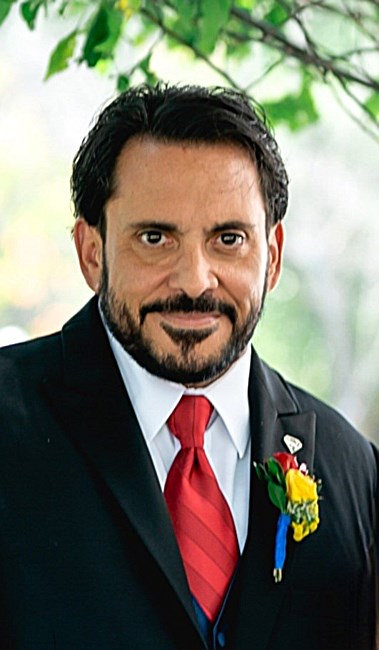 With heavy hearts we announce that on August 3, 2022 our family lost one of it's patriarchs, Jesus A. Ceballos, Sr. Jesus was born on September 18, 1965 in Newark, NJ where he'd go on to meet and marry the love of his life, Rita in 1983. The loving couple welcomed Jesus Jr. in 1983 and Rita in 1985. He worked many jobs in his youth but none helped him provide more for his family than when he became a Checker for the International Longshoremen's Association in 1985 where he later earned the title of Dock Boss. Throughout his life Jesus was a man of many hobbies, but there were none he was more passionate about than watches. He was a loyal Detroit Tigers fan his whole life and an avid Star Trek fan from childhood. Though he had an exuberant amount of hobbies, there was nothing in the world he loved more than his Grandchildren, they were his pride and joy. As much as he loved being a Father, being a Grandfather was one of the greatest joys of his life and nothing made him happier than when he knew he was going to be spending time with them. Jesus is survived by his wife Rita; his parents Alfredo and Magaly; his children and their spouses, Jesus Jr. and Neryluz Ceballos, Rita and Juan Vazquez; his sister Ann Marie; his 5 Grandchildren Yonathan, Ysabel, and Ylias Vazquez, and Sofia and Kara Ceballos; his nephews Joseph, Michael, and Emanuel and his niece Amelia. A private memorial service will be held. In lieu of flowers, it would be appreciated if donations were made to St. Jude Children's Hospital.
VER MÁS VER MENOS