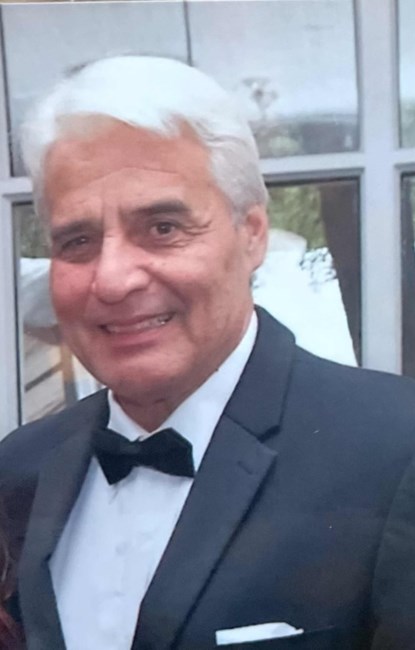 "Come to Me, all who are weary and burdened, and I will give you rest." Matt 11:28 Damian Alvarez, 67, a beloved son, father, uncle, friend, and avid music lover, joined the Lord's heavenly choir on August 2, 2022. Damian was born in Corpus Christi, Texas, February 10, 1955 to Robert and Margaret Alvarez of Victoria. Second to his love of music was Damian's love of sports, especially his Texas Longhorns and Dallas Cowboys. Among his many blessings, Damian treasured the fellowship and brotherhood he shared with his brothers and sisters, cousins, and friends. Damian cherished his time growing up in the Rio Grande Valley and it’s been said that “you can take Damian out of the Valley, but you can’t take the Valley out of Damian.” Sharing in their Dad's love of music, football, and friendship are his two sons, Damian Christopher Alvarez (Jamie) of Tomball, Texas and Aaron Manuel Alvarez (Erin) of Dallas, Texas. As a graduate of Brownsville High School Class of 1973, Damian was offered and accepted a football scholarship to The University of Texas at Austin. As a professional, Damian pursued numerous business ventures which included Alvarez Trucking, Texas Southern Inc., and Damian Alvarez Construction. Damian served his community as a member of the Board of Directors of the Citizen's Medical Center, Golden Crescent Regional Planning Commission and Victoria Convention and Visitor's Bureau. He was also a proud member of the Victoria Jaycees and the Knights of Columbus Council #1329. Damian is survived by his father, Robert Alvarez; his sons; his grandchildren, Clyde Henry, Charlotte Leigh and Warren James Alvarez; his brothers, Bob (DeAnna), Matt (LeAnne), Mark, George, and Jim (Roberta) Alvarez; and his sisters, Margie (Jim) Braden, Suzie Alvarez (Larry Weis) and Kathy (Steve) Seekamp. He is also survived by his treasured Aunt Medora de la Rosa Garza of Pleasanton, Texas. He was preceded in death by his beloved mother Margaret Alvarez and son John Manuel Alvarez. Services will include a visitation on Tuesday, August 9, 2022 from 4 to 6 pm at Colonial Funeral Home, with a rosary to be recited by family at 6 pm. The Mass of Christian Burial will be held Wednesday, August 10, 2022 at 10 am at Our Lady of Victory Cathedral. Graveside services following the mass at Resurrection Cemetery. Pallbearers are Manual Gonzales, Martin Sanchez, Steve Garza, Norman Garza, Cesar Moreno, Carl Moxon, Julio Lozano and Jim Alvarez. Honorary Pallbearers: All friends and family. In lieu of flowers, memorials may be made to the Knights of Columbus Council #1329, St. Joseph High School, or a charity of the donor’s choice. Words of comfort, condolences and fond memories may be shared with the family at www.colonialfuneralhomevictoria.com.
VER MÁS VER MENOS