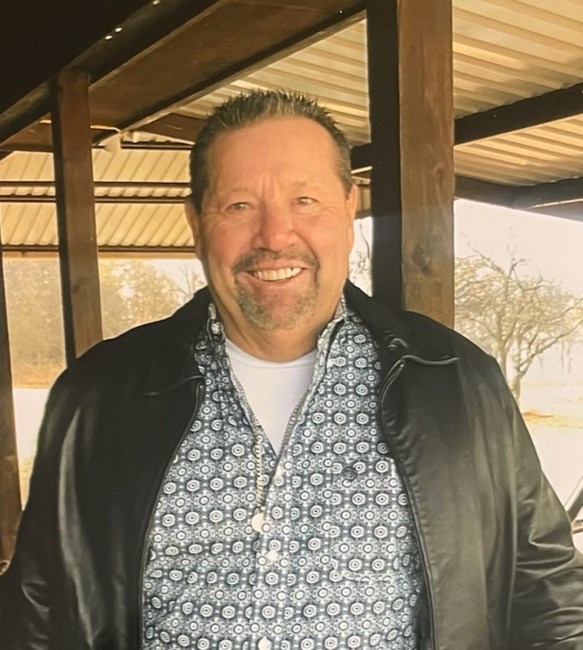 Randy Joe Craft peacefully passed away on July 27, 2022 at the young age of 66 years old. He was a loving husband, father, grandfather, uncle, cousin, mentor, and friend who touched our lives forever and the life of every person he met. Randy was larger than life, just like his hands—he was strong, intelligent, funny, generous, and caring. He never met a stranger and had a nickname for everyone. We can’t imagine life without him, but we are thankful for the many special memories and hilarious stories that will stay with us forever. Randy was born to Joe and Lenora Craft on January 19, 1956 in Shawnee, OK. He moved to Velma, OK in 7th grade and was a star football player in high school. After graduating from Velma Alma High School in 1974, he attended community college and worked as a well pumper, which he learned from his father. He began his career as a gas compressor mechanic at Warren Petroleum and then worked for Production Operators Incorporated. Walter Brooks, his mentor, recognized his mechanical talent, work ethic, and leadership and brought him on when they started Contract Compression Incorporated. Randy spent more than 30 years making a name for himself in the gas compression industry in the US, Argentina, and Pakistan. In 1997, he started CDM Resource Management with Randy Dean, David Marrs, and Kendall Moreland, several years later—they grew CDM into a tremendously successful company and created a special company culture. After retiring in 2009, Randy enjoyed his retirement digging ponds and moving dirt with his bulldozer, watching over his prized deer in Oklahoma, fishing at his bay house, working on projects in his shop, mowing his yard (and all the neighbors’ yards), and being a proud Poppy to his six grandkids. Randy is survived by his wife Peggy Craft and his children Tiffany Craft Portewig, Courtney Craft, and Rodney Craft; his grandchildren Zoe, Carter, Sebastian, Reece, Kennedy, and Oliver; his siblings Phyllis Adams, Pam Gustus, and Terry Craft; his son-in-law Brian Portewig and daughter-in-law Lauren Craft; and countless nieces, nephews, and cousins. In lieu of flowers, please consider donating to one of these charities which had personal significance to Randy and his family: ALS Therapy Discovery Institute - Please use this link to donate to a fund in Randy’s name: www.als.net/randy Big Love Cancer Care: Easing the Childhood Cancer Journey - Please mark that your gift is in memory of Randy Craft, and the family will be notified of your generosity: https://biglovecancercare.org/donate.html
VER MÁS VER MENOS