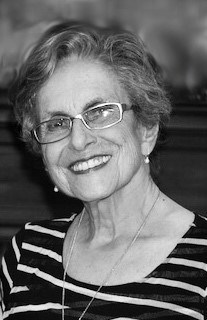 Andrea Oppenheimer Dean Architectural Critic and Writer On September 20, 2021, Andrea Oppenheimer Dean, loving wife, mother, grandmother, sister, and respected Architectural writer, passed away at the age of 86 in Washington, D.C.. Andrea was born on June 8th, 1935 in Berlin, Germany to the late Kaethe and Heinz Ernst Oppenheimer. She relocated with her family to the United States in 1941. Andrea grew up in Great Neck, NY and graduated with a BA from Barnard College. In 1958, she married Paul A. Cohen the father of her three surviving children: Joanna, Nathaniel and Lisa Cohen. In 1986, Andrea married Grant Scott Shotwell and has two surviving stepdaughters, Abigail Shotwell Green and Becky Shotwell Horgan. Andrea had a very sharp mind and an impressive career. For two decades beginning in the early 1970s, Andrea authored, assigned, and edited hundreds of articles for Architecture Magazine, published in Washington by the American Institute of Architects. As executive editor she was in charge of the monthly magazine’s annual Issue devoted to international design trends and recent foreign buildings, and she compiled special issues devoted to such subjects as energy conservation and earth-covered buildings. She wrote comprehensive features about leading American architects, including I.M. Pei, Southern regionalist and educator Samuel Mockbee, Gunnar Birkerts, and Philip Johnson. She was the most prolific contributor to a series of evaluations analyzing and reporting user reactions to influential postwar buildings. Invaluable to the critical success and growth of the publication, she mentored junior staff. In 1980, Andrea was a fellow of the American Academy in Rome. While there, she conducted extensive interviews with the influential architect Bruno Zevi (1918-2000), and the resulting Bruno Zevi on Modern Architecture was published in 1983 by Rizzoli. During the 1990s and early 2000s, she was the book review editor of New York-based Architectural Record and wrote feature articles for the National Trust Historic Preservation’s bimonthly Preservation Magazine. Beginning in 2002 with the publication of Proceed and Be Bold: Samuel Mockbee and an Architecture of Decency (Princeton Architectural Press) and in subsequent books, Andrea, in collaboration with architectural photographer Timothy Hursley, chronicled the work of the Rural Studio. In west-central Alabama, Auburn University architecture students relocate to Hale County and design and construct houses and public facilities, mainly out of everyday materials and inherently handsome. In accordance with the goals of Rural Studio founder Mockbee, who died in 2001, the project builds “citizen architects,” provides decent shelter, and strengthens community. For Andrea, the association with an altruistic project in Alabama’s Black Belt provided a sense of personal reward. In turn, the Dean-Hursley Rural Studio books have helped change the course of architecture. “The Rural Studio wouldn’t have its influence and standing in the world today if it were not for Andrea,” says Andrew Freear, who succeeded Mockbee and remains its second director. In the ways architects are educated and in the roles they play in society, “she gave Mockbee a platform to provocatively—and profoundly—influence the profession and the academy.” In later years, Andrea wrote a biography Our Mother Courage: A German Jewish Woman Remembers 1929-1941 about her mother and her family’s journey from Nazi Germany. She donated the document to the Holocaust Museum in D.C. Andrea was a quiet, kind and generous woman. She was loved and cherished by her family and friends. She will be especially missed by her husband, her children and grandchildren Jesse Cohen, Julia Bingel, Jake & Charlotte Green, Hannah & Liam Horgan, her sons-in-law Dermot Morrisroe, Peter Black, Chuck Green & Paul Horgan, her daughter-in-law Jody DeMatteo, and her siblings Stephen Arnie Jarislowsky, Ruth Rothbart and Coco Schoenberg-Swartchild. • A Celebration of Life is planned for spring 2022. • Donations in Andrea’s name can be made to Rural Studio, which she was very committed to. Information on the mission of Rural Studio at Auburn University School of Architecture and how to donate can be found at: http://ruralstudio.org/give/
VER MÁS VER MENOS