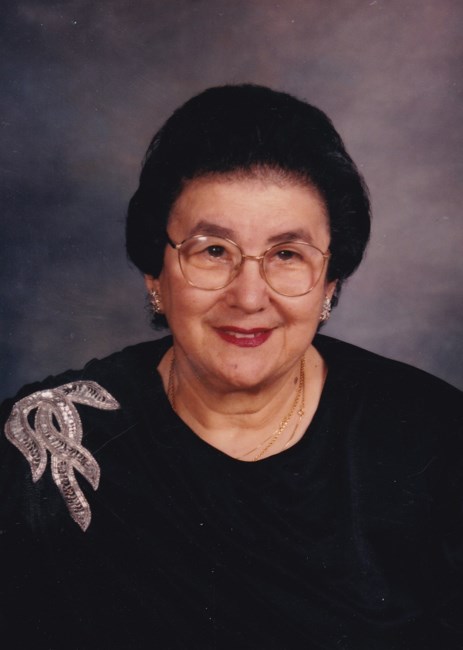 Santina (Migliore) Gianni, 97, wife of Sebastian Gianni of East Hartford, passed away peacefully with her family by her side on Sunday, September 18, 2022 at Hartford Hospital. Born in Hartford on April 27, 1925, she was the daughter of the late Vincenzo and Francesca (Liotta) Migliore. Santina’s family returned to Italy, where she was raised prior to her return to the United States with a family of her own. She worked for many years at Arrow Hart in Hartford and Colts Manufacturing. She loved attending UConn Women’s basketball games, going on cruises, knitting, ceramics and was an avid BINGO enthusiast and played often in her later years with her buddy, Scott. Besides her husband of 61 years, she is survived by her son, Vincent Gianni and his wife Rose of Glastonbury; two daughters, Antoinette Kisluk and her husband Richard of Glastonbury and Frances Uccello of Colchester as well as eleven grandchildren, Salvatore, John, Charlton, Christopher and Thomas Harker, Joseph and Daniel Uccello, Matthew and David Kisluk and Vincent and Nicholas Gianni and numerous great grandchildren. She was predeceased by her son Salvatore and her daughter Nancy. The family would like to extend a special thanks to the staff of Glastonbury Healthcare for their compassionate care over the years, especially Jordan, who was like a son to her. The family will receive relatives and friends from 8:30 – 10:30 a.m. on Saturday (September 24th) at the D’Esopo Funeral Chapel, 277 Folly Brook Blvd., Wethersfield. A Mass of Christian Burial will be celebrated at 11 a.m. on Saturday at the Church of the Incarnation, 544 Prospect St., Wethersfield. Burial will follow at Mt. St. Benedict Cemetery, Bloomfield. Memorial donations in her memory may be made to St. Jude Children’s Research Hospital, 501 St. Jude Place, Memphis, TN 38105
VER MÁS VER MENOS