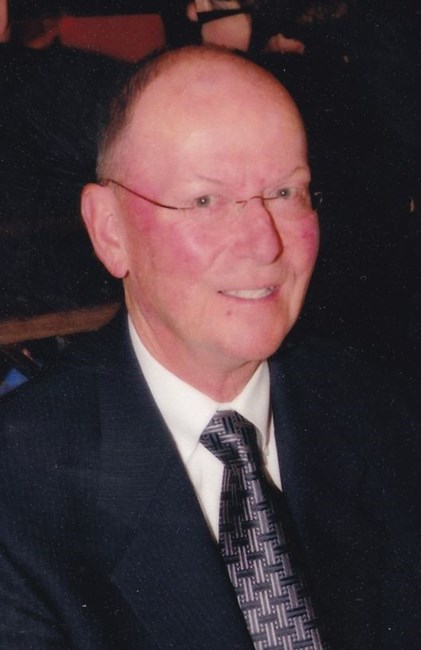 Wayne B. Huck, 79, of Rocky Hill, passed away peacefully on Sunday (October 2, 2022) with his loving wife of 56 years Mary (Sacco) Huck at his side. He succumbed to Alzheimer’s disease after receiving compassionate care for the past year at LiveWell in Plantsville. Born in New Britain on October 3, 1942, Wayne was a lifelong resident of Hartford County. He and Mary raised their children and lived in Wethersfield for many years before moving to Rocky Hill. Wayne attended both Newington High School and the Valley Forge Military Academy in Pennsylvania. After graduating high school, he attended Bryant University in Rhode Island, where he met Mary and earned a Bachelor of Science degree in Accounting. He went on to earn a Masters in Business Administration from the University of Hartford and designation as a Certified Public Accountant. He was employed at Heublein Inc. in Farmington for 15 years, and subsequently operated his own accounting practice until his retirement in 2012. Wayne was a member of St. Elizabeth Seton Church. He enjoyed tennis, golf, gardening, traveling, and reading suspense novels. He especially enjoyed spending time with his family and longstanding friends, and he will be missed by all of them. In addition to his wife, Wayne is survived by his son, Christopher Huck and his wife Jacalyn of Sarasota, FL; his daughter, Carla Huck and her husband Michael Paisan of Fort Myers, FL; his son, David Huck and his wife Kara of Greenwich, CT; his sister, Susan and her husband Lyman Johnson of Charlotte, NC; his sister-in-law, F. Christine Sacco of Utica, NY; and his granddaughters, Arianna Paisan, Geneva Paisan, and Juliette Huck who affectionately called him “Papi.” A Memorial Mass and celebration of life will take place at a later date. Funeral arrangements have been entrusted to the D’Esopo Funeral Chapel, 277 Folly Brook Boulevard, Wethersfield, CT. In lieu of flowers, contributions can be made in Wayne’s memory to the Alzheimer’s Association, 200 Executive Blvd., Suite 4B, Southington, CT 06489. To leave a message for the family, please visit www.desopofuneralchapel.com
VER MÁS VER MENOS

Memorial Mass at a Later Date