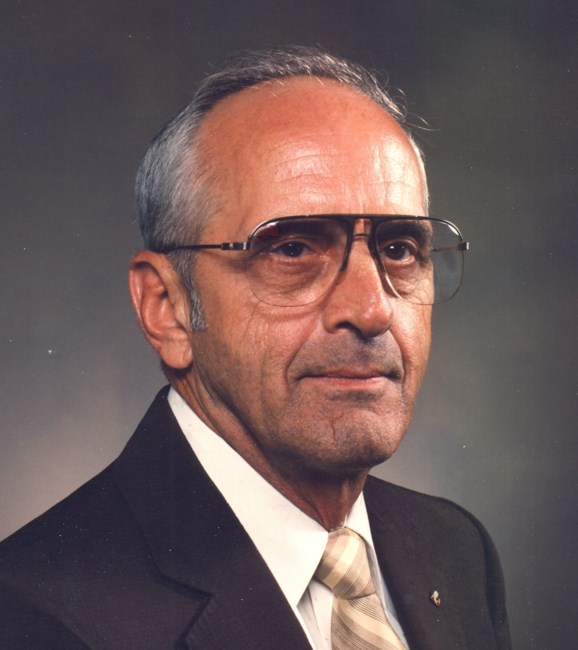 Robert Clyde Drew, beloved husband, father, and Papa, drew his last breath January 25, 2018, mainly, we suspect, to prevent himself from having to watch the Patriots and Eagles in the Superbowl. A loyal Cowboys fan, he died peacefully with his daughter by his side, knowing full well that Dez, did, in fact, catch the ball. Rob was born June 21, 1931 somewhere in Maine, though none of us are sure where exactly. He grew up on the east coast before making his home in Wichita Falls, Texas. He married his sweetie pie, Barbara, in 1971, and together, raised five beautiful children. Rob was a stylish, yet, practical man. He dressed in the fashion of a Rat Pack member and amassed quite a collection of Fedoras, yet could often be found wearing the latest couture V-neck from The Fruit of the Loom. He was an expert on flag etiquette, played the piano and guitar, and could recite almost every line from any episode of Perry Mason or Bonanza. After so many visits to the Taco Bell with his granddaughter “Shorty,” Rob developed quite a passion for their tacos. He was also a connoisseur of breakfast joints and a fanatical detailer of his automobiles. In addition to his membership in the Elks Lodge, Rob was a Master Mason with Grand Lodge of Texas Freemasons, a member of the Maskat Shriner organization and a Knight with the Knights Templar Commandery No.59. Rob proudly served and retired from the United States Air Force as a Senior Master Sergeant. His days as a jet fighter mechanic served him well in his career at Longhorn Chevrolet. However, his greatest accomplishment may have been that one time when he beat pancreatic cancer; a feat not achieved by many. Rob leaves behind a loving family in his wife, Barbara, his children, Lorie, Robert (& wife Debbie,) Deborah (& husband Danny, deceased,) Carla (& husband Jack,) Clark (& wife Judy,) and Keith (& wife Rebecca,) as well as grandchildren David, Chris, Jackie, Jason, Courtney, Aaron, Nick, Sabrina, Brittany aka “Shorty”, and his sweet Brie, along with a bunch of great-grandkids. Rob was the life of our party and will be deeply missed. A graveside service is planned for Thursday February 1st, 2018 at 2pm, Crestview Memorial. In lieu of flowers, please do something nice for someone else.
VER MÁS VER MENOS