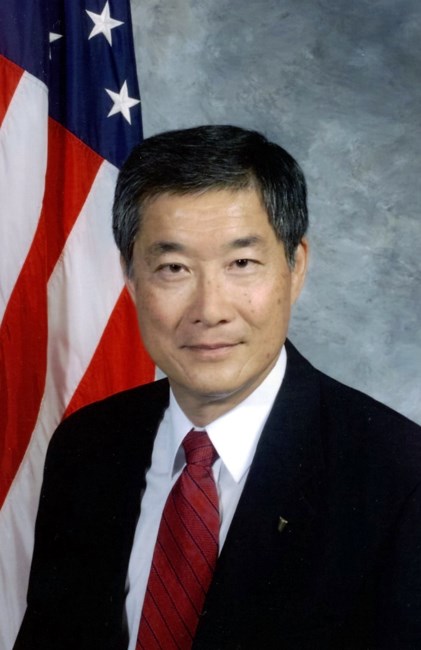 Mr. Ming Han Tang of Williamsburg, Virginia passed away on October 28, 2018. Ming was born on July 10, 1939, in Chungking, China to General Zi Chang Tang of the Chinese Nationalist Army, and Nionetta Tang. At age 10, Ming emigrated from China as a result of the communist revolution, traveling from Taiwan, to Brazil, and eventually finding permanent residence in the United States in 1952. Ming earned a bachelor’s degree in aeronautical engineering and masters degrees in aerospace engineering and systems management, respectively. Ming was a retired aerospace engineer who held prominent positions at NASA, Lockheed Martin Skunk Works, and also led strategic programs at DARPA and the Department of Defense. Ming began his NASA career in June 1966 at NASA’s Dryden Flight Research Center, in Edwards, California. At Dryden, he worked on projects such as the YF-12 (the interceptor version of the SR-71) and B-1 flight test programs. Ming supported the development of the M2-F2 "lifting body" wingless aircraft, which was the early predecessor to the space shuttle. In October 1982, he joined the Skunk Works division within Lockheed Martin, where he led business development activities for aerial reconnaissance programs including the SR-71, U-2, TR-1 and ER-2. Ming then returned to NASA in October 1987 as Assistant Director for the National Aero-Space Plane (NASP) Program at NASA Headquarters. In October 1988, he became the Principal Deputy Director for the NASP Inter-Agency Office (NIO) at the Pentagon, and was later selected by the Air Force as the NIO Director, a position he held until the conclusion of the NASP Program. Ming transferred to NASA's Langley Research Center as Associate Center Director in June 1995. From September 1996 through September 1999, he served as Chief Engineer for the High-Speed Research (HSR) Program. Ming retired from NASA and joined Booz Allen Hamilton, where he served as a leading supersonic and hypersonic expert for several years before becoming an independent consultant. Ming is survived by his wife Linda and three children: Marlena Tang, Marc Tang, and Athena Tang, together with their spouses Steven Oakes, Laci Tang, and Sean O'Hara, respectively, and grandchildren Miranda Oakes, Malcolm Oakes, Phoenix Tang, and Gryffin Tang, and his brother Prof. William Tang of Princeton University, his wife, Song Kim Tang, and daughter Andrea D. Tang, Ming’s niece. Ming was a loving and devoted husband, father, grandfather, and older brother who took great pride and joy in his work and family.
VER MÁS VER MENOS