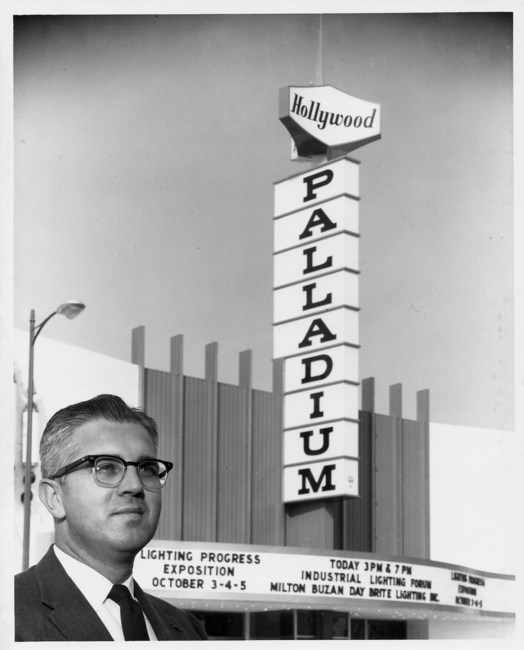 Morris Milton Buzan (“Milt”), 94, a resident of Sonata West in Winter Garden FL, passed into God’s presence during the evening of Friday, January 14, 2022, while in hospice care at Orlando Health Central hospital after suffering an apparent heart attack a week prior. Milton was born March 18, 1927, the second of four children born to Edwin and Daisy Buzan of Alton, IL. He was a dedicated Boy Scout as well as a member of the local chapter of DeMolay, Alton High School band, and thespian society. He attended the University of Illinois in 1945, but his studies were interrupted by a call from the draft board in 1946 to serve 18 months in the U.S Army at Camp Stoneman, Calif, where he rose to the rank of technical sergeant responsible for processing soldiers for transport to Japan during the post-war occupation period. After returning to the University of Illinois and earning an electrical engineering degree in 1950, his professional career focused on the design of specialized and high-quality lighting fixtures. He rose to prominent positions of significant technical responsibility in several firms, including chief design engineer in two St. Louis-based companies and national leadership in the Illuminating Engineering Society, as well as being named in seven U.S. patents awarded for lighting technologies. Milton’s family life was a model of leadership, devotion, self-sacrifice, loving provision, and serving as a role model to his two sons. He married the love of his life, Elinor Crabtree of Greene County, IL, in 1954 after meeting her on a blind date while in college, who would remain his “doll baby” and best friend for life. Milt excelled as a father—teaching his sons the value of hard work, his curiosity of “how things work,” and knowledge to make them work: He was the consummate engineer dad. He instilled uncompromising standards of academic excellence, moral behavior, commitment to church, and faith in God. He grabbed every opportunity to instigate new interests and involve himself in the boys’ activities, becoming a cub scout pack leader, church youth group leader, president of the high school band parent’s club, and senior advisor to the local chapter of DeMolay for boys. His ultimate satisfaction as a father was being able to brag to anyone within earshot that his two sons both graduated from the U.S. Military Academy at West Point—a tribute as much to his influence as to any other factor. Later, he earned star status as grandfather of six granddaughters to whom he relished introducing vanilla malts and root beer floats, pistol shooting, NRA life memberships, and old movies—to name just a few of his favorite things. They loved him for it. In what spare time he could find after fixing any broken object in sight, Milton found time for a variety of hobbies. At the top of his list was his lifelong passion for collecting and rebuilding historic firearms, particularly U.S. Army M-1 Garand rifles for which he became a self-made expert. A love of fiddling with solder and all things electrical naturally led him to building his own stereo system (he loved music) and later his own computers, and recording to DVD every old movie he could find on the movie channels—in sufficient quantity to share with the family! He also found the time to join the local Masonic Lodge in St. Charles and participate in Lodge activities in the community, and to enjoy fellowship in the senior's group at Grace Church St. Louis for many years. Milton was a resident of St. Charles, Missouri, for fifty years (1969-2019) before moving to Winter Garden, Florida, to be closer to family. He is survived by his beloved wife of 67 years, Elinor, his sons Thadd (Joanne) and Craig (Felicia), six granddaughters, and eight (so far) great-grandchildren.
VER MÁS VER MENOS