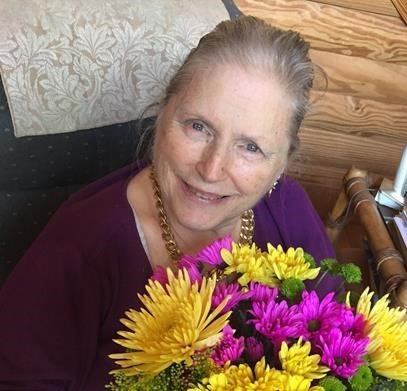 Beverly L. ("Bev") Baum of Orlando passed away peacefully on Sunday, January 23, 2022. She was 86. Born in Philadelphia, Pennsylvania to Robert C. and Dorothy (Townsend) Lutz, the family eventually settled in Amherst, New York, where her life began to blossom. It was in Amherst where she met her husband, Clifford "Cliff" Baum. Their mothers played bridge together, so there was already some familiarity. While walking home from high school one afternoon, she got his attention by calling out with the memorable line "Cliffy, wait up!". They were married shortly after she graduated from high school, honeymooned in New Jersey, before settling soon afterward in Clarence, New York where she and Cliff started their family. She was a devoted mother of four, raising them in a custom home designed and built by Cliff. In an early display of her creativity, she took up sewing and made unique and fashionable attire for the children. In 1975, the family moved to Ft. Lauderdale where she embraced the warmer weather, and supported Cliff while establishing his own business, Custom Tiles of Broward. She worked at a local bank and was involved with Christ Community Church and a ladies’ Bible study. She and Cliff moved to Orlando in 1986 as by this time the children were grown-ups and on their own. She picked up a new hobby -- pottery -- and made many beautiful and precious keepsakes. They opened their home for a time when Cliff’s brother Dick and his wife Mary Jo, moved to Florida. She and Cliff became active at First Baptist Church of Orlando, appearing in numerous editions of The Light, a production celebrating the life of her Lord and Savior, Jesus Christ. In 1999, a new adventure unfolded as she and Cliff settled in Fruitland Park, Florida fulfilling Cliff’s lifelong dream of raising a log home and having a "hobby" farm featuring a variety of animals. Mom was particularly fond of their German Shepherds during those years, especially Greta. Our family enjoyed many trips to "The Farm" which provided a respite from suburban life. During these years of retirement, she and Cliff became involved with First Baptist Church of Leesburg and she served faithfully at its Christian Care Center. Beverly enjoyed meeting new people and could strike up a conversation in an instant. She expressed a sincere interest in whomever she was talking with, which was one of her most endearing qualities. No one was a stranger to her! Even until her last days, she had a great sense of humor, a keen wit, and the ability to spin a yarn or share a story about a special memory. Beverly is survived by her children Bruce (Wendy), Scott (Luanne), and Linda Lear (Paul), daughter-in-law Kelly (Tom), seven grandchildren, Krista, Aaron, Megan, Sarah, Brianna, Josef and Angelina, and brother Robert Lutz (Suzanne) of Buffalo, NY. She was preceded in death by her husband of 63 years, Clifford, in 2018, and son Thomas “Tom” in 2020. A private service is planned with internment at Glen Haven Memorial Park in Winter Park, Florida.
VER MÁS VER MENOS