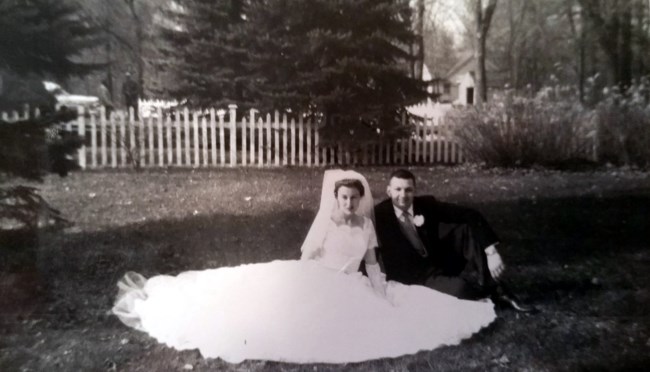 Marilyn R. Pillar was born January 17, 1936, in St. Paul, MN to Raymond and Leone (Zemke) Andrews. She grew up in West St. Paul/Newport and after graduating from St. Paul Park High School in St. Paul Park, MN, she began working and took classes at the University of Minnesota. She saved her money and took a 3 month trip to Europe with her best friend Pat and built many long lasting friendships with those she met.

Talking of her travels with a friend while working at 3M, she was prompted to speak with someone else who had just come back from his travels in Europe. After many attempted meetings, they finally came together on Valentine’s Day, of all days. That one meeting turned into a romance that led to marriage with Gerald F. Pillar. On April 30, 1960, Jerry and Marilyn were married in St. Paul, MN. The couple lived within a 20-mile radius their entire time together where Marilyn and Jerry raised their four children and their beloved Irish setter.

Marilyn worked for many years at Oppenheimer, Wolff & Donnelly in St. Paul, MN and retired as a legal secretary. She enjoyed the many friendships she made while at Oppenheimer.

Marilyn dedicated her life to her family and to her volunteer work at the hospital after she retired. She enjoyed working with children with disabilities and taking them to the MN State Fair. It brought so much happiness to her seeing the smiles on their faces at the fair. She continued to enjoy travel, going on cruises and exploring along with her family. Her many interests included gardening, hiking amongst the pines, going to the Washington County Fair and spending time with family, especially on the shores of Lake Superior, and her grandpups. She also had an infinity for celebrating St. Patrick’s Day and Winter Carnival every year and enjoyed playing cards with her friends and the occasional nickel slot machines at the casino.

The family thanks all of the health care workers at Boutwells Landing in Oak Park Heights, MN, as well as all of the health care providers that watched and looked over Marilyn. A special thank you to Peggy with Optage Hospice - you showed such care and compassion in her final days. On behalf of the Pillar family, we are extremely grateful.

There will be a funeral service to celebrate both Marilyn and Gerald at 11 a.m., Thursday, December 30, 2021 at Wulff Woodbury Funeral Home with visitation one hour prior to the service. Luncheon to follow service followed by final interment of Marilyn and Gerald at Riverview Cemetery in West St. Paul.

Donations may be made to St. Jude Children’s Hospital or the Alzheimer’s Association in lieu of flowers.