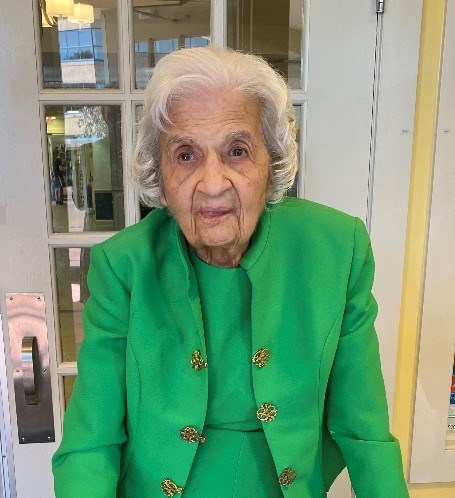 Dr. Lyubica Dabich, age 92, of Ann Arbor, Michigan passed away on Sunday, October 24, 2021. Lyubica was born May 16, 1929 in Detroit, Michigan the daughter of Milan and Mildred Dabich. Dr. Dabich obtained her B.S. degree in chemistry at the University of Michigan in 1950 and her M.S. degree in biochemistry at the University of Wisconsin in 1951. She worked at the Parke Davis Research Laboratory in Detroit until 1956 and then enrolled in McGill University Medical School in Montreal, where she received her M.D. degree in 1960. Dr. Dabich then returned to the University of Michigan for her internship and residency training (1960-64). She was an Elsa U. Pardee Fellow in Hematology at the Simpson Memorial Institute from 1964-65 and a research associate from 1965-66 before joining the Medical School faculty as an instructor in 1966. She was promoted to assistant professor in 1968 and associate professor in 1973. The main thrust of Dr. Dabich's work has been the diagnosis and treatment of adult patients with leukemia or lymphoma. She was principal investigator for a number of studies that were carried out in the Southwest Oncology Group by a consortium of university medical schools. Dr. Dabich was also involved in studies of progressive systemic sclerosis, and her work has contributed to our knowledge of the natural history, pathophysiology, and treatment of this disorder. She was preceded in death by her parents, her brother, Steve, sister Dancia (Danna), and brother Sam (Simo). She is survived by her nieces, Sandra and Diane; and great nieces and nephew Andrea, Adam and Adrienne Watts. She also leaves many friends throughout Ann Arbor and especially at University Living. Fond memories and expressions of sympathy may be shared at www.muehligannarbor.com for the Dabich family.