As we announced earlier the funeral mass for Karl H Cerny will be held at St Agnes Catholic Church on November 7th at 11AM, with inurnment at Arlington National Cemetery at 1PM that day . The funeral mass will be live streamed over the internet, and available for watching any time subsequently, so you do not need to travel to Virginia to participate in the mass. In addition the inurnment will be filmed and made available later for streaming at a convenient time of your choosing.

The following Saturday, November 14th at a time presently planned as 4PM EST, we will hold a ZOOM meeting for all who would like to participate. The videographer will provide an edited 15-20 minute video of the funeral mass and inurnment which we will use to start the ZOOM meeting. Following the video presentation we will open the floor to all who would like to share some comments. The comment period will be limited to 40 minutes.

At the moment Virginia only imposes quarantine on those arriving from abroad or a limited number of hot spots in North America. If you wish to travel to Virginia you will need to check with your state's Health Department to find out if a quarantine will be imposed when you return home from Virginia. These rules are subject to change without notice, hence our focus on the November 14th Zoom meeting.

Our thinking is that 4PM EST start will make it easy for West Coast and Alaska friends to participate. Ambassador, I am not sure how many more time zones there are to you, but it might even work for you. 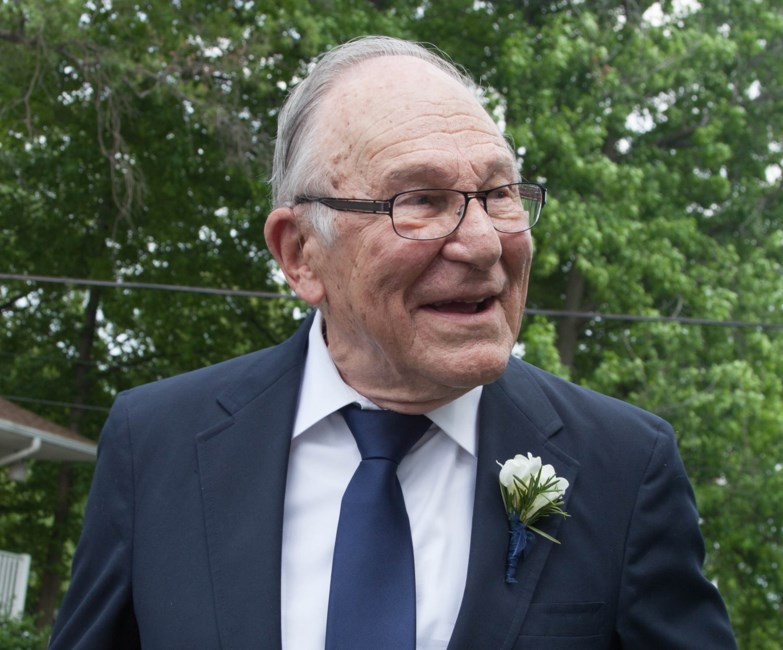 Karl was involved in many activities, in various positions, while at Georgetown, such as: President of the Association of Main Campus Retired Faculty (2006-2008); Member of the Executive Committee for the National Security Studies Program (1995-1999); Member of the Executive Committee for the Center for German and European Studies (1990-1999); Director of the West European Studies Certificate (1988-1993); Chairman of the Department of Government (1964-71 and 1977-1983); and Chairman for the Committee on Studies in German Public and International Affairs (1974-83).

Other positions Karl held included: Book Review Editor for the Conference Group on German Politics (1995-1998); Executive Director of Pi Sigma Alpha National Political Science Honorary Society (1991-93); Resident Scholar for the Central Intelligence Agency (1989-90); member of the Research Council for the American Institute for Contemporary German Studies (1986-1990); President of Pi Sigma Alpha (1982-86); Adjunct Scholar for the American Enterprise Institute for Public Policy Research (1981-86); Research Principal for the Center for Strategic and International Studies (1963-74); Consultant for the Bureau of External Research of the Department of State (1964-69); and Fulbright Lecturer at the University of Nijmegen in The Netherlands (1958-59). He was a member of Phi Beta Kappa, Pi Sigma Alpha, the American Political Science Association, the German Studies Association, and the European Union Studies Association.

A prolific publisher, Karl served as editor for Scandinavia at the Polls: Recent Political Trends in Denmark, Norway, and Sweden (Washington, D.C.: American Enterprise Institute, 1977); and Germany at the Polls: The Bundestag Election of 1976 (Washington, D.C., American Enterprise Institute, 1978). He served as editor and contributor for Germany at the Polls: The Bundestag Elections of the 1980s (Durham, NC: Duke University Press, 1990); “The Future Role of a United Germany in the European Community,” edited by Gary Geipel; and Germany in a New Era (Indianapolis, Indiana: The Hudson Institute, 1993).

He is survived by his sons Karl, John, Tim, daughter Mary, and grandchildren. He was preceded in death by his wife, Constance Lark Cerny. Date and time of services will be determined at a later date.

The family would like to give special thanks to Capital Caring and Paula for their service.