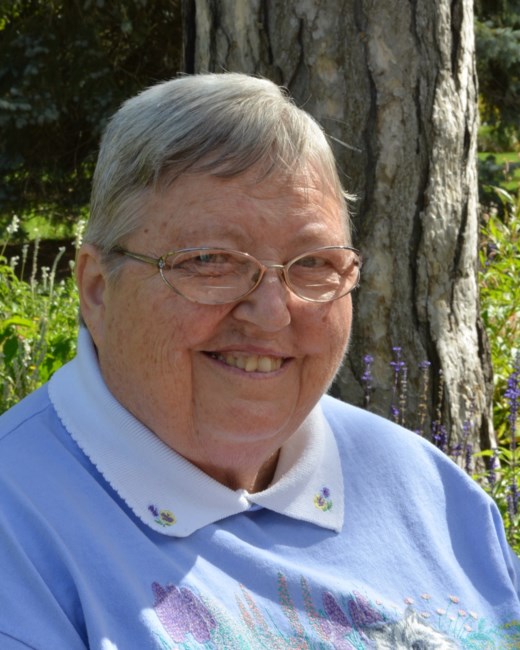 Betty L. Thomas, 82, of Ashland, passed away Friday, September 30, 2022 at LSS The Good Shepherd Nursing and Rehabilitation in Ashland, Ohio. She was born on September 25, 1940 in Ashland, the daughter of Herman Harold and Vera May (Beck) Hileman. She was a 1958 graduate of Polk High School and was a lifelong resident of Ashland County. Betty grew up on the family farm near Rowsburg. She was the oldest, and only daughter, of three children. She married the boy next door, Ronald Brandt, on June 29, 1958. They had two children, Lenny and Anita. Unfortunately, tragedy struck and Ronnie passed away in January 1961 leaving Betty with two small children. Through a second marriage, Betty gained two young daughters, Cindy and Jane, and a fourth daughter, Barb, completed the family a few years later. When the second marriage came to an end, Betty returned to the Rowsburg area from south of Hayesville. She eventually moved to Ashland and enjoyed living at the Essex House for over 20 years. Betty helped her parents with their egg production and milked cows for them for over 20 years. She also worked as a caregiver for many ailing friends, neighbors and others. She was a member of the Perry Township Homemakers and Red Haw United Methodist Church. Betty is survived by her daughters, Anita (Dave) Harpster, Cindy Thomas, Jane Bahntge and Barb (Tom) Slabaugh; 13 grandchildren; 12 great grandchildren; two brothers, Norman (Ann) Hileman and Harold Hileman; and three nieces and one nephew. In addition to her parents, she was preceded in death by her son, Lenny Brandt in 2005. Services will be held at 11:00 a.m. Wednesday, October 5, 2022 at the Ashland Home of Wappner Funeral Directors, 308 Claremont Avenue, Ashland conducted by Pastor Julie Thoms. Burial will follow in Rowsburg Cemetery. Friends may call two hours prior to the service, from 9:00 – 11:00 a.m. at the funeral home on Wednesday. In lieu of flowers, memorial contributions may be made to The Salvation Army Kroc Center, 527 East Liberty Street, Ashland, OH 44805 or Pathways Hospice Care, 41 Briggs Drive, Ontario, OH 44906. Betty’s family wished to thank The Good Shepherd and Pathways Hospice for their wonderful care.
VOIR PLUS VOIR MOINS