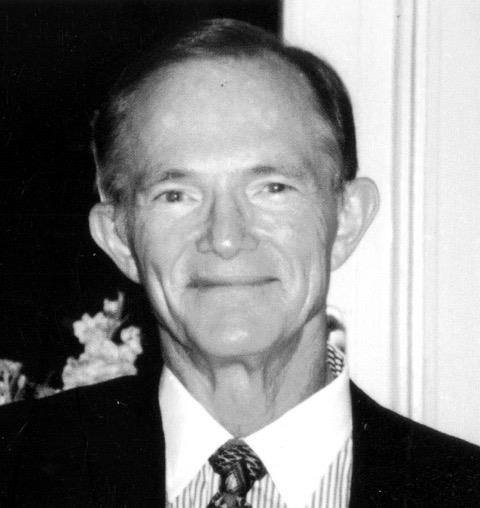 Thomas Lee Newberry, 85, of Atlanta, Georgia, died peacefully on March 9th, 2018. A private service will be held at Arlington Cemetery.

Tom was born on January 23, 1933, in Glasgow, Kentucky, the son of Thomas L. Newberry and Blanche Hall Newberry. In 1953, Tom married Agnes Scott student Evelyn Mason. Tom and Evelyn, each an only child, were married for 64 years and blessed with a large family—5 children, 17 grandchildren, 7 great-grandchildren, along with many in-laws and fiancés. No one missed Christmas at their home.

After graduating from Kentucky Military Institute, Tom received his Bachelor of Science in Industrial Engineering from Georgia Tech in 1954. He served in the Air Force, attaining the rank of captain. Following the Air Force, he returned to Tech, where he received his Masters in 1958 and the university’s first PhD in Industrial Engineering in 1961. He and four associates bought the Atlanta office of Operation Research and renamed it Management Science Atlanta. He became Chairman of the new company, which changed its name again in 1966 to Management Science America (MSA). In 1970, he and James C. Edenfield founded American Software, Inc., the Atlanta-based, publicly traded, computer software company, where he served as Chairman of the Board and Director until his retirement in September of 2013.

Tom was passionate about his family (especially Evelyn), watching the Braves, and he absolutely loved playing golf. Taking care of his health was a big priority as well—running, strength training, and taking vitamins—but ice cream made him happy too.

The family is grateful to his caregivers for the loving, compassionate care they gave him. Special thanks to Hendrix Mumba and Sydney Mwaba.

Tom was a member of Peachtree Christian Church and contributed to numerous philanthropic causes. In lieu of flowers, the family suggests memorial donations to the Alzheimer’s Association, alz.org, of Chicago, Illinois.