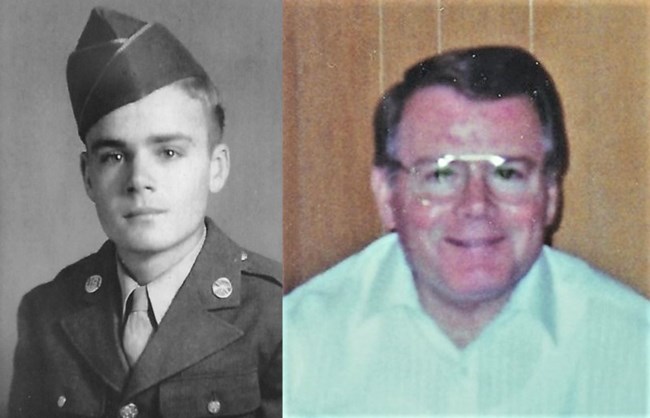 Erwin Davis, aged 95, died peacefully at his home on Friday, July 16, surrounded by his family and the presence of his Lord, Jesus Christ. His death was the result of complications from Parkinson’s disease, which he had for the last fifteen years of his life. Erwin was born on December 2, 1925, to Alvis and Hattie Ruth Davis, in Pearl, Texas, along with his “womb-mate” twin brother Ervin. Upon graduating from Pearl High School he entered military service during World War II. He and Ervin served in the 89th Infantry Division in Europe. Requesting to stay together, the twins were a bazooka team. They were able to stay together until they were discharged at the war’s end. Returning from the service, Erwin enrolled in Baylor College and graduated in 1949 with a B.A. in Business Administration. Shortly thereafter he started his life-long career as an accountant with the Kuntz-Sternenberg Lumber Company in Austin. He continued to be a private accountant for the Sternenberg-Dure family for over 50 years. Even after “retirement,” Erwin continued to do accounting and tax work for individuals. He was finishing up some tax documents for a few clients a few months before he died. Erwin married his one true love, Ruth Elizabeth White, in 1949. He often referred to her as “the best thing that ever happened to me.” They were married at Grace Church of the Nazarene in Austin and continued to be a vital part of the church for the rest of their lives. Erwin served as church treasurer for 30 years and as treasurer for the Nazarene San Antonio District for 25 years. He loved his church and loved serving in whatever way he could. They had two children, RuthAnn and Stanley Kent, and lived in Austin for most of their life together. Ruth succumbed to the effects of Alzheimer’s disease in 2009. They had been married 60 years. Erwin was preceded in death by his wife Ruth, his brothers Ervin, Wilburn, Wayman, and sisters Irene Schroeder and LaVetta Davis. He is survived by his youngest sister, LaVerne Necessary (husband Dwaine) of Gatesville, Texas. He is also survived by his daughter RuthAnn Koepcke (husband Rick), his son Stanley Kent Davis (wife Jean), grandchildren Elizabeth Kropf (husband Ben), Ryan Koepcke, and two great-grandchildren, Samantha and Emma Kropf; numerous nieces and nephews, as well as great-nieces and nephews; and other loving family and friends. The family would like to thank the staff of Heart to Heart Hospice Care (especially Diana and Jennifer) for the excellent and loving care and support provided during the final days of Erwin’s life. You were a blessing to all of us. The family will receive visitors from 5:00 to 7:00 PM on Thursday, July 22, 2021 at Cook-Walden Funeral Home. The Funeral Services will take place at 10:00 AM on Friday, July 23, 2021 also at Cook-Walden Funeral Home. The Graveside Service will follow at 2:00 PM on Friday, July 23, 2021 at Pearl Cemetery in Pearl, Texas. Memorial Contributions may be directed to Veterans of Foreign Wars.
VOIR PLUS VOIR MOINS