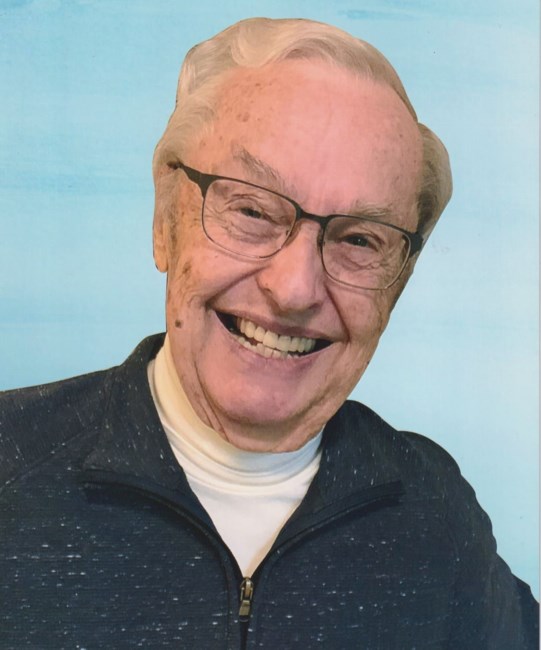 John L. Nemetz, 89, passed away peacefully on Friday, January 14, 2022, in Austin, Texas. John was born in St. Paul, Minnesota, on October 7, 1932. He married his high-school sweetheart, Mary Ellen McDonnell – the sister of his best friend, Bob McDonnell, in October 1955. John described Mary Ellen as “beautiful in all ways.” They had six children together and were married for 63 years until she passed in 2018. John grew up in St. Paul, where he attended grade school at St. Columba and high school at Cretin – graduating in 1950. He was an excellent student and earned degrees in mechanical engineering through a joint program between the University of St. Thomas and Notre Dame. John spent three years in the Air Force ROTC, followed by a two-year tour as an officer, stationed at the Itazuki Air Force Base in Kyushu, Japan – where John and Mary Ellen’s first two children were born. John began his professional life as an engineer at 3M, where he enjoyed a long and successful career for 40 years. John was an avid learner – a voracious reader who embraced exploring new concepts, how things worked, other peoples’ perspectives – and was never hesitant to engage in spirited discussion. He also loved the outdoors and sunshine; growing up spending summer vacations at “the lake,” he took his family to national parks, on camping trips, and lake vacations throughout his adult years. Despite having traveled much of the world, his favorite places were Duluth, Minnesota and the Boundary Waters. A man of great integrity and service to others, John volunteered at Seton Northwest Hospital, Faith in Action Caregivers / Drive a Senior Northwest, and St. Thomas More Catholic Church for more than 20 years following his retirement. He also took on baking in his later years, perfecting a broad selection of cookie recipes that delighted his kids and grandkids when they came to visit. John is survived by his six children: Mike (Josie), Ed (Gloria), Sue (Jim), Ellen, Karen (David), Jennifer, and eight grandchildren: Natalie, Joe, Joanna, David, Ariel, Jonathan, Michael, and Alex. John will be greatly missed. His kindness, grace, and bright smile will be remembered by all who knew him. In lieu of flowers, the family requests that any donations be made to Drive a Senior Northwest. John’s family plans to have a celebration of his life on April 8, 2022, once it is safer to travel and gather. Fond memories and expressions of sympathy may be shared at www.cookwaldenchapelofthehills.com for the Nemetz family.
VOIR PLUS VOIR MOINS