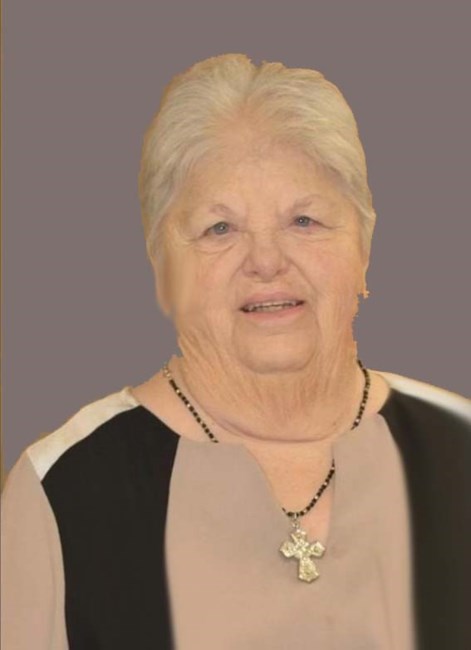 Mary Lynda, 74, was called home by her Heavenly Father on April 19th, 2021, at her residence in Uhland, TX. Mary Lynda was the eldest child of 5, 2 girls and 3 boys and was born on October 16th, 1946 in Pearsall, TX and raised on the family ranch in Dilley, TX. She attended Dilley ISD through her entire education, where after graduating high school in 1965, she attended 2 years of college at Southwest Texas State in Uvalde, TX. Her career began as a teacher’s aide for Dilley ISD for 2 years, before meeting her future husband, Allan Ray Sanders and moving to Austin, TX. In 1969, she began her 33 1/2 year career at the Industrial Accident Board, now TWCC, starting in Austin, then in Dallas for 7 years and returning back to Austin, where she retired in 2002. Being a devout Catholic, she started attending St. Ignatius Catholic Church in 1993, where she became a Catholic Daughter in 1994, served on the Pastoral Council, was part of Small Christian Communities, as well as working at the food pantry from 2002-2012. After her husband retired, they fulfilled their dreams of traveling throughout the country. Mary Lynda loved traveling, gardening and football season, where she cheered on her beloved Dallas Cowboys, as well as watching cooking shows, but most of all she loved spending time with her family. She is preceded in death by her parents, Charles Lynn Carroll, Sr. and Marjorie Marie (Neal) Carroll, her brothers, Charles Lynn Carroll, Jr. and Robert Andrew Carroll (Jerry) and her great granddaughter Olivia Grace Rodriguez. Mary Lynda is survived by her husband of almost 50 years, Allan Ray Sanders; daughter, Jessica Rodriguez Leyendecker (Leonard); grandson, Ruben Allan Rodriguez (Marisol); step-grandsons, Justin Leyendecker (Alicia), Todd Leyendecker (Abbie); numerous step-great-grandchildren; sister, Virginia Kay Moeller (James); brother, Mike Carroll; as well as her nieces, nephews and numerous cousins. Flowers/plants are welcome, but donations to St. Mary's Catholic Church in Dilley, TX is encouraged as well.
VOIR PLUS VOIR MOINS