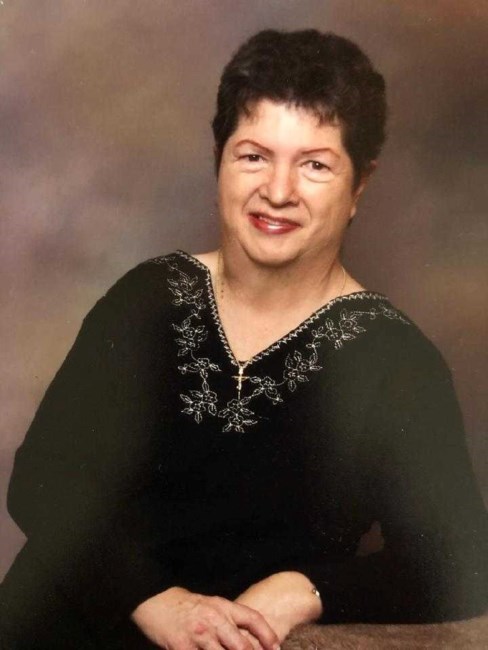 Cecilia E. Chiodo, 81, passed away peacefully on September 13, 2022, at her home in Memphis, TN. Beloved wife of Joseph F. Chiodo, they enjoyed 38 years of marriage before he passed away in 2003. Cecilia was born January 21, 1941, in San Jose, Costa Rica to Jose and Adilia Solera. After her father passed, she moved to Florida in 1956 with her mother and brother, Jose. She graduated from St. Petersburg High School in 1960. In August of 1964, she became a proud US citizen. She spent her early married life as a wife and mother. In 1985, she began her career as a secretary for State Farm and American National insurance where she put her excellent organizational skills and perfect penmanship to good use. Cecilia loved and cared for all living things, especially ones who needed help. During her lifetime, she adopted many stray dogs, cats, and even a pigeon that she named Homer. She was an avid gardener and especially liked growing all types of flowers and tomatoes. A lifelong devoted Catholic, she was a member of St. Francis of Assisi Catholic Church where she volunteered in the church library, and was a member of Rosary Group and Bible Study. She became a Secular Franciscan in 2008. She will always be remembered for her kindness, generosity of spirit, and for being a ‘mother’ to anyone or anything that needed a little love. Cecilia is survived by her two daughters Julie (James) Tague and Alicia (William) Brown, granddaughter Laura Tague, several nieces and nephews, and her precious kitty cats, Cookie and Tico. Family, friends, and others whose lives Cecilia touched are invited to a memorial Mass on Thursday, September 22, 2022, at St. Francis of Assisi Catholic Church in Cordova, TN. Visitation is from 5:00-6:00 p.m. followed by a memorial Mass. Reception immediately following in the St. Francis Church Parish Life Center. In lieu of flowers, donations in her memory may be made to St. Francis of Assisi Catholic School online at www.sfawolves.org or by check to 2100 N. Germantown Pkwy, Cordova, TN 38016. Fond memories and expressions of sympathy may be shared at www.MemphisFuneralGermantownParkway.com for the Chiodo family.
VOIR PLUS VOIR MOINS