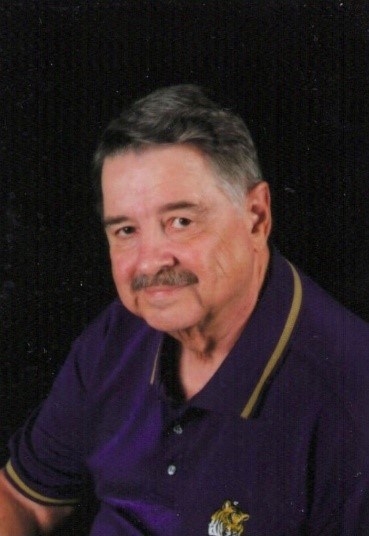 Allen Morris Fugler Sr. 83, of Baton Rouge, passed away peacefully on Friday, November 12, surrounded by his loved ones.

Allen was born on August 14, 1938, to Etta Marie Allen Fugler and Charles McGhee Fugler in Baton Rouge. Allen graduated from Baton Rouge High School in 1956 and LSU in 1961. After graduation, he served in the Navy two years and then worked in the piping industry and ran his own air filtration business for more than 40 years. In 2001, he went to work as Regional Manager of Water Weights and was with them until his retirement in 2016.

In 1961, he married Ann Papenburg of Baton Rouge and together they had 3 children, Allen Fugler Jr., Dawn Fugler McDonner, and Todd Fugler. Allen and Ann were married for 48 years until her death in 2009. Allen married Jan Stewart Latimer in 2011. He was a loving husband and father who devoted his entire life to caring for his family. He was a faithful member of Community Bible Church for more than 50 years and a lifelong LSU Tigers fan.

Visitation and service will be at Rabenhorst Funeral Home East. Visitation - Wednesday, Nov. 17 from 5-8 PM and Thursday, Nov. 18 from 10 AM – Noon. Service – Thursday at noon. He will be buried at Greenoaks.