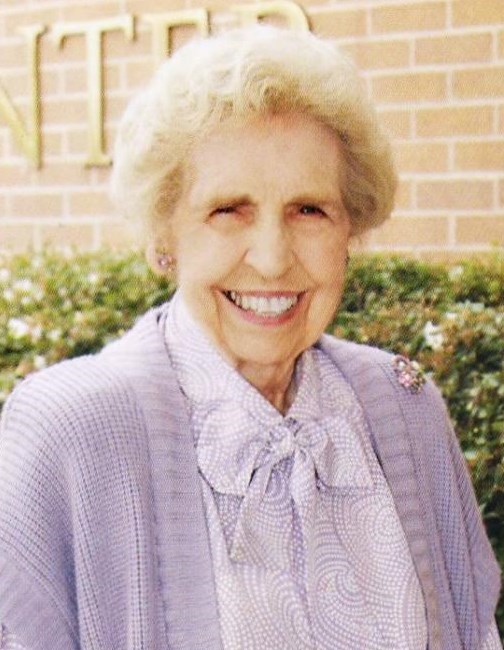 Edith Fae Cook Cole of Crosby, Texas, was born at the home of her maternal grandmother in Benchley, Robertson County, Texas, on January 8, 1925, and was called home to the Lord on April 15, 2018. She was predeceased by her parents, Horace and Bessie Mae Seale Cook; her brother, Horace Seale Cook; and her beloved husband, Charles Edward Cole. She leaves behind to cherish her memory her niece, Edie Cook Jeanes of Crosby, Texas; nephew, Bill Cook, his wife, Barbara, and their daughters, Caitlin and Anna Cook; brothers- and sisters-in-law, Aubrey and Lois Cole, Hugh and Linda Cole, and Rose Cole of Lafayette, Louisiana; Dorothy and Richard Carver, and Ann and Wayne Clay of New Iberia, Louisiana; Betty and Hugh Landreneau of Scott, Louisiana; Helen and Charles Atchison of Jennings, Louisiana; 51 nieces and nephews, 31 great-nieces and nephews, five great-great nieces and nephews, and a host of friends. Edith Fae was a long-time member of the Crosby Church of Christ. She was an accomplished professional, author and volunteer. She graduated from Crosby High School in 1941, and from Texas Woman's University in Denton, Texas, with a Bachelor of Science degree in Foods and Nutrition in 1945. She completed her graduate administrative internship at Oklahoma A&M in 1946, and received her Master's degree in Institution Management from Texas Woman's University in 1948. Edith Fae's career included work as Administrative Dietitian at Texas Woman's University; Dietitian and Assistant Professor at the University of Southwestern Louisiana, Lafayette; Assistant Director of Dietetics, then Director of Dietetics at Hermann Hospital, Houston; Assistant Professor, Program of Dietetics at the University of Texas Health Science Center, Houston; and Program Planning Director for the feasibility study for the Central Food Service System for the University of Texas Health Science Center, Houston. During her active working career, she served as President of the Texas Dietetic Association, whose membership appointed her to the American Dietetic Association's House of Delegates. As a member of the ADA, she was a Delegate from the House of Delegates, a member of the Coordinating Cabinet, the Executive Board, and also served as Treasurer of the ADA. Edith Fae and Charles retired to Crosby in 1985, and with his help, she authored "Crosby's Heritage Preserved - 1823 to 1949", a copy of which is in all Harris County Libraries, as well as the State Library in Austin. For her work on that project, Governor Rick Perry commissioned her a "Yellow Rose of Texas" in 2008, an award given only through the Office of the Governor to recognize Texas women for significant contributions to their communities and to the State of Texas in the preservation of its history, the accomplishments of its present, and the building of its future. Edith Fae also served as President of Harris County's Precinct 2 Channelview Senior Citizens organization, was a charter member of the Crosby Historical Society, and was named Woman of the Year by the Crosby-Huffman Chamber of Commerce and the Channelview Senior Citizens organization. In 2017, the Commissioners Court of Harris County adopted a resolution renaming the Crosby Branch of the Harris County Library System to the Edith Fae Cook Cole Branch. Many called her a sister in Christ, a true and loyal friend, but she cherished her family and her role of "Aunt Bib" most of all. Services for Edith Fae will be held at the Church of Christ, 3737 Highway 90, Crosby, on Thursday, April 19, 2018, with visitation at 1:00 p.m., followed by the funeral service at 2:00 p.m., Richard George, officiating. Interment will be at Evergreen Cemetery on Sralla Road in Crosby. Honoring Edith Fae as pallbearers are Pat Dale Skrla, Michael Skrla, David Selensky, Raybourne Doskocil, Royce Doskocil, and Aaron Reeder. The family wishes to sincerely thank Virginia, Rhoda, and all of the staff at ADL Assisted Living in Baytown for the love and gentle care given to her over the past two years. In lieu of flowers, donations may be made in her memory to the Crosby Church of Christ, or to a charity of your choice.
VOIR PLUS VOIR MOINS