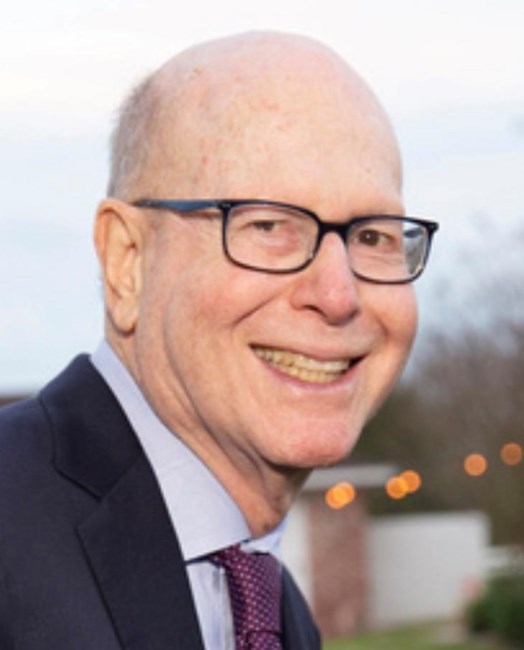 Perry Joe Radoff, age 81, of Houston, Texas passed away on Monday, January 3, 2022. Perry was born October 19, 1940. Perry Radoff was born at St. Joseph’s Hospital in Houston, Texas to Gertrude and Jake Radoff and died at his home in Houston at the age of 81 years, surrounded by his family after a prolonged illness preceded by a stroke in 2013. Perry was an only child who liked it that way. The winner of the “Most Freckled Kid” competition in 1951, he was also an urban alligator owner who eventually graduated from Bellaire High School after a detour to Milby HS due to an ill-conceived chemistry experiment gone awry. Perry received a Bachelor Degree in the Plan II program at the University of Texas. After graduating as a participant in the ROTC program, he was commissioned as a Second Lieutenant in the United States Army Quartermaster Corps, ultimately rising to the rank of Captain at Fort Hood. Following his military service, he returned to Austin where he obtained a law degree from the University of Texas Law School where he served as a member of The Law Review. Returning home to Houston, he began his legal career at Dow Cogburn & Friedman before going into private practice. Perry was board certified in the practice of Probate and Real Estate law and worked at Bernstein Radoff Trachtenberg and Sarofim for the remainder of his legal career. Perry found his true love, Bunny at a party in Houston and they were married in 1968. They had two sons, Russell and Bradley. An avid eater, Perry never declined an opportunity to try a new restaurant, preferably spicy, greasy, and without Marvin Zindler’s award for cleanliness. He and Bunny went out every single Saturday night with friends. Together, they shared a love for the theater, looking at art, movies, hiking, and traveling the world with family and friends. He never made it to Antarctica, but he did get to visit all of the rest. India, Russia, Vietnam, New York, China, a safari in South Africa and chasing solar eclipses in Colombia, Manitoba, and Mazatlan were some of his favorites. He loved exploring Houston, the great state of Texas and beyond with his children and grandchildren. New York, London, Aspen, and Disney were some of the best with his grandsons Jack and Ben. Granddaughter Juliette missed the trips, but got to see his smile. Professionally, Perry was well regarded in his field by his peers and clients. He was dedicated to his profession and would never cut corners with his work. He was quite proud to be an author listed in the Library of Congress for his book, “A Short Course on Personal Computers” which made it to a second edition. In addition to his years of military service, Perry served his community extensively and was honored in 2004 as a Citizen of the Year by the Greater Southwest Houston Chamber of Commerce for his efforts in crime prevention. Despite years of enduring multiple medical challenges, he never complained about his physical decline and never stopped smiling at his family, friends, and caregivers. Perry is survived by his wife of 53 years, Bunny, his son Russell and his wife Jody, his son Bradley and his wife Monica and three grandchildren, Jack, Ben and Juliette Radoff. The family would like to thank the caregivers Rita Lopez, Daysi Matamoros, Tiffianee Brewer, Ladonna Brewer and Jacqueline Brewer whose compassion and expertise allowed Perry to spend his final year in the comfort of his home. For those desiring, in lieu of flowers, memorials may be made to the Hermann Park Conservancy, the Houston Museum of Natural Science, or the Jewish Federation of Greater Houston. A funeral service for Perry will be held Thursday, January 6, 2022 from 11:00 AM to 12:00 PM at Beth Yeshurun Post Oak Cemetery, 7445 Awty School Lane, Houston, TX 77055. Livestream link is in service section as well. Fond memories and expressions of sympathy may be shared below for the Radoff family.
VOIR PLUS VOIR MOINS