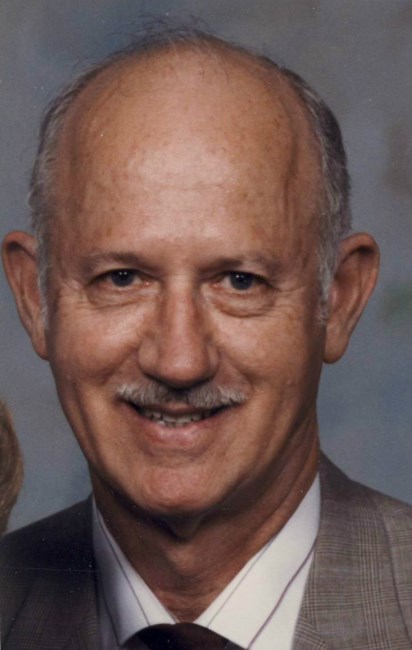 Troy Wetsel Dorrell was born April 2, 1927 and passed away April 27, 2014. He was born in Troup, Texas. He was the second son in a family of six boys. He attended Beaumont High School and graduated in 1945. Troy joined the U.S. Navy immediately after high school which was near the end of WWII. After being honorably discharged from the Navy he attended Lamar University. In 1952 he began a career with Sun Oil Company and was employed there for 35 years. During the last 13 years there he was privileged to be the president and general manager of the Sunoco Employees Credit Union. In 1964 Troy met the love of his life, Pauline Womack and they were married August 1st of 1964. For over 20 years Troy was an active member of Pilgrim Lutheran Church. He and his wife enjoyed the fellowship of the Young at Heart Group of the church and Troy was proud to be the treasurer of the organization. He enjoyed traveling, gardening and other family gatherings. Troy is preceded in death by his wife Pauline Womack Dorrell; parents John C. Dorrell, Sr. and Era I. Day Dorrell; brothers, J.C. Dorrell, Jr. and Earl W. Dorrell, twin brothers, Donnie and Ronnie Dorrell. He is survived his brother Dwain Dorrell; sons, David K. Dorrell and Gregory A. Dorrell; stepson, Richard L. Williams; grandchildren; Tonya Marie Price, Richard Christopher Williams, Justin David Dorrell; great-grandchildren, Abrielle E. Price and Colton A. Price; and 56 nieces and nephews. Visitation will begin 9:30 a.m., Thursday, May 1, 2014 with the funeral service to start 10:00 a.m. at Earthman Bellaire Funeral Home, 6700 Ferris St. Bellaire, TX. Interment will follow 12:30 p.m. at Fairview Cemetery in Winnie, TX
VOIR PLUS VOIR MOINS