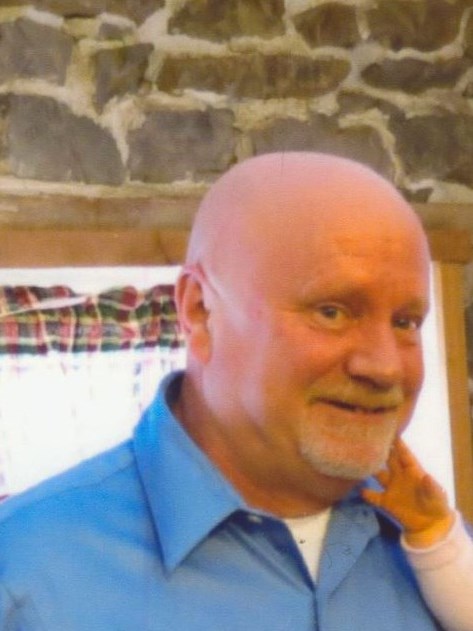 Bruce O. Rader, 61, of Boyertown. Husband of Pamela J. (Gilbert) Rader. Passed away after a short but courageous battle with cancer at the Reading Hospital on Monday, September 26, 2016. Born in Pottstown, PA. He was the son of the late Ernest H. Rader and D. Bernice (Levengood) Rader of Boyertown. He was last employed as a truck driver at Jesse Baro, Inc. He previously worked for Moser’s Masonry with his nephew, Troy Moser. Earlier in his life he was employed by Doehler Jarvis/Farley Industries as a Die Technician. Bruce also was the owner and operator of B.R. Lawn and Landscape, where he was able to combine work with his love of the outdoors. Bruce was a member of Brookland Hunting and Fishing Association in Potter County and Pikeville Sportsman’s Association. He graduated from Boyertown Senior High School and was a member of St. John’s Evangelical Lutheran Church, Boyertown. Bruce was a true outdoorsman by nature. You could always find him outside from sun up to sundown - planting and caring for his flowers and vegetables at his home and also at his parent’s house, playing Frisbee with Scout and restoring “The Nova” with Derek. If it was broken, Bruce would find a way to fix it. He enjoyed spending time with his granddaughter, Cora, and would always look forward to seeing what shoes she was wearing - he swore he never saw her in the same pair twice. He was an avid deer and turkey hunter and would escape to his Potter County cabin whenever time would allow for it. If it was hunting season, Bruce was in the woods. He frequented local car shows with “the Nova” and was always secretly searching for his next classic car purchase, and a way to talk Pam into adding another car to the collection. Bruce coached both soccer and baseball for his kid’s teams as they were growing up. Coach Bruce could be found on the field participating in the drills right along with his players. He boasted that, “If I can do it, so can you!” Before they had children, Pam and Bruce enjoyed going on frequent ski trips and adventures. He was fond of beach trips to OCMD with the family and, of course, weekends at the cabin - four wheeling, fishing, shooting guns, hiking and scouting the wildlife. He was especially proud to introduce Cora to Potter County at only three months old. He is survived by his children, Alyssa B. wife of Bryan M. Albright of Alburtis and a son, Derek B. Rader of Philadelphia. A sister, Sandra L. wife of Gordon Moser of Barto. Granddaughter, Cora M. Albright. As well as his dog Scout. Funeral Services will be held at the Linwood W. Ott Funeral Home, Inc. 111 North Reading Ave. Boyertown, PA. 19512. On Monday, October 3, 2016 at 11:30 AM. Friends and family may call at the funeral home, Monday from 10:30 to 11:30 AM. Interment will be in Fairview Cemetery. In lieu of flowers, donations may be made in memory of Bruce, to Cora Madelyn Albright’s Trust Fund ℅ Cora Albright, PO Box 225, Alburtis, PA 18011-0225 Online condolences may be made at www.lwottfuneralhome.com