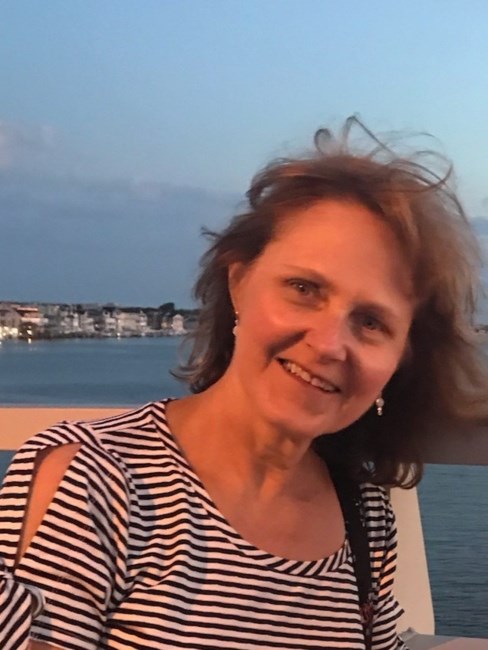 Janice M. (Venarchik) Frank, age 62, of Gilbertsville, PA passed away on May 2, 2022, at Scripps Mercy Hospital in Chula Vista, CA. Born on October 1, 1959, in Pottstown, PA, she was the daughter of Florence (Anzulewicz) and the late George Venarchik. Soon after graduating from Pottstown High School, Janice was married and started building what she valued as her most important accomplishment: her family. Janice had four children: two girls and two boys. Even though she had so many children of her own, her home was always open to other cousins, relatives, and friends. While raising her four children, and until her retirement, Janice worked for the United States Postal Service, most recently as a clerk at the Boyertown Post Office. She was also an avid member of Morningstar Fellowship Church in Bechtelsville, in which she participated in the Women's Group and several Prayer Groups. Members of those groups have noted that even despite Janice's hardship in losing her own daughter, Jillian, Janice was an intent listener, brought a sense of peace and calm within the group, and treated everyone with kindness and love. She continued to expand her faith by traveling to religious conferences. Janice was blessed with two grandchildren. She was an extremely active part of their lives, attending their sporting events and spending most of her free time with them. When she wasn't with her children and grandchildren, she could be found reading or spending time with her mother or other extended family. She enjoyed vacationing with her family every year in Ocean City, NJ, and Bethany Beach, DE, and bonding with her mother on Atlantic City trips. She was described as an integral matriarch and peacekeeper of her family, and she will be missed by all. Janice leaves behind her daughter, Kelly (Frank) Weber of Gilbertsville, PA; two sons, Michael Frank of Boyertown, PA, and John Frank of Philadelphia, PA; her mother, Florence (Anzulewicz) Venarchik; three brothers, George Venarchik, Larry Venarchik, and Nick Venarchik; and two grandchildren. She is predeceased by her daughter, Jillian Frank. A funeral service will be held at the Morning Star Fellowship Church in Bechtelsville, PA on Tuesday, May 17, 2022, at 11 am. A viewing will be held prior at the church from 10 am to 11 am. Burial will be at the St. John’s Greek Cemetery in Pottstown, PA.
VOIR PLUS VOIR MOINS