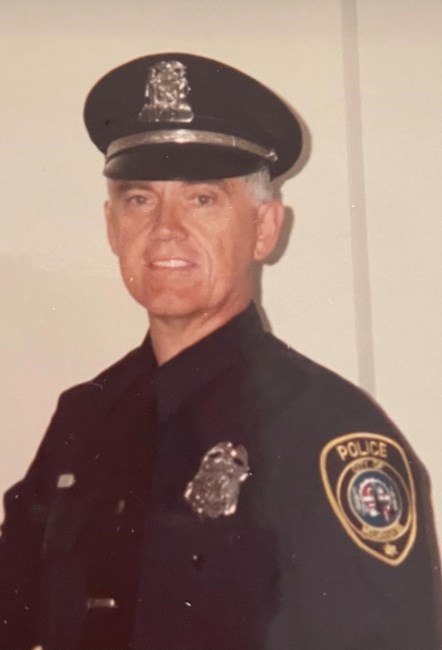 John A. Steen December 10, 1942 – December 24, 2020 John A. Steen, age 78, recently of Arizona and formerly of Omro, WI, where he lived for 15 years, passed peacefully at home surrounded by family after a courageous battle with cancer. John was born in Necedah, WI to Arthur A. and Jessie M. (Jameson) Steen, graduated from Necedah High School, and moved to Milwaukee where he joined the Milwaukee Police Department in 1964. John proudly served the citizens of Milwaukee as a police officer for 32 years until his retirement in 1995. He was instrumental in creating the original plain-clothes school squad in Milwaukee, helping schools address issues affecting their communities, and retired with many letters of commendation from school personnel. Through his work with this program John met the love of his life, Dr. Melanie A. Moore, a school administrator, and they married in 1991. John’s daughter Staci joined the MPD in 1992 and served as an officer until her retirement in 2017. John was proud of his daughter’s accomplishments and her subsequent commitment to the training of police recruits, which continues today as an instructor at Milwaukee Area Technical College and Gateway Technical College. After moving to Omro, John and Melanie became active civic volunteers, in particular raising funds for projects to improve the quality of life for all residents. John helped raise over $150,000 for the Scott Park Pavilion, the ice rink and warming hut in South Scott Park, and the window restoration at Heritage Hall (the Omro Area Historical Society). He contributed to and encouraged others to support the K9 Unit of the Omro Police Department, and he loved working with the city and all their staff. John served on numerous committees and boards, including as president of The Omro Area Historical Society and as Commodore of the Fox River Runners for over 10 years. He sincerely appreciated receiving the first service award presented by the Omro Area Chamber of Commerce, and was even more honored when the award was named the Steen Service Award. Aside from volunteering, John enjoyed watching Green Bay Packers and Brewers games, visiting the casino, RV camping, and wintering in Arizona. But Omro had a special place in John’s heart, and, after relocating to Arizona, he missed his neighbors on East River and Hawthorne Drives. John is survived by his wife Melanie (Moore) Steen; his children Staci D. Steen (Shannon Kilton) of Milwaukee, WI and Kevin M. Steen of San Francisco, CA; and by his sisters, Margaret Norris of Oak Creek, WI and Mary L. Werwie (Jerry) of Williams Bay, WI. John is further survived by nieces, nephews and many friends. John was preceded in death by his parents; his son Scott A. Steen of Milwaukee, WI; his brother Hilbert E. Steen and sister-in-law Mary Steen of Elkhorn, WI; and his mother-in-law, Johanna Moore Baxandall, of Oshkosh, WI. The family wishes to thank the entire staff of River Valley Home Health and Hospice for their wonderful care of John over the last ten months. Special thanks go out to John’s nurse Kelly, always caring and compassionate. Memorials in John’s name can be made to the Omro Police Department K9 Unit at 205 S. Webster Avenue, Omro, WI 54963. Due to the limitations necessitated by the current pandemic, a celebration of John’s life will be held at a future date.
VOIR PLUS VOIR MOINS