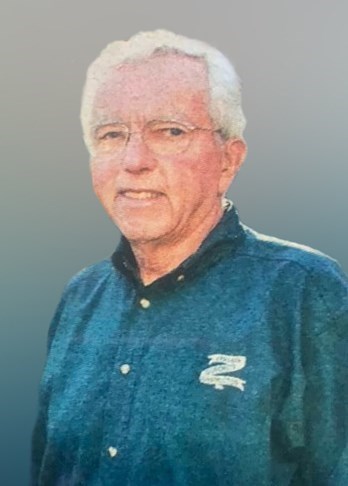 Thomas M. Van Laan, age 83, went home to be with his Lord and Savior on Sunday, July 31, 2022. He was preceded in death by his parents John and Anna Van Laan; siblings Stewart (Garnet) Van Laan, Ruth (Forrest) Fynewever, Harold (Jean) Van Laan; and his sisters-in-law Sue Van Laan and Donna Van Laan. He will be remembered by his wife, Sandy Van Laan; children Julie (Bob) Spoolstra, Scott (Tammy) Van Laan, Steve (Valerie) Van Laan; grandchildren Nicole (Jeff) Zook, Amanda Spoolstra, Mikayla (Tate) Rozeveld, TJ Van Laan, Shelby Van Laan, Jessie Van Laan, Larissa Van Laan, Taylor Van Laan, Drew Van Laan; five great-grandchildren; brothers Roger Van Laan, Lawrence “Mike” Van Laan; and many extended family and friends. Tom was born on the family farm in Dutton, MI in 1938. His love for farming and agriculture followed him throughout his life. Tom served his country in the United States Navy. He also served his community as a volunteer firefighter for Dutton Fire Department for 25 years. In 1962, he founded Van Laan Concrete Construction. He served as the president for 40 years before stepping down and leaving his legacy to his two sons. In 1980, he built and maintained his cabin in White Cloud, which was fondly nicknamed “Uncle Tom’s Cabin.” He loved to share his cabin with anyone and everyone through hosting church events, family get-togethers, hunting seasons, and much more. He also produced maple syrup every year since 1997 – and all who visited went home with a bottle. Most importantly, Tom had a strong faith and loved his Lord. Throughout his life, he served on many church and Christian school boards and committees. He was a member at Friendship Christian Reformed Church and also regularly attended services at Woodville Community Church near his cabin in White Cloud. He had a servant's heart, volunteering his time and talents to both. Visitation will be held from 1-3 and 6-8 p.m. on Sunday, August 7, 2022 at Friendship Christian Reformed Church, 190 100th St. SE, Byron Center, MI 49315. Funeral services will be held at 11 a.m. on Monday, August 8, 2022 at Friendship Christian Reformed Church with visitation from 10-10:45 a.m. prior the service. In memory of Tom and in lieu of flowers, contributions may be made to Dutton Christian School. The family welcomes memories and messages in their guest book online at www.cookcaresbyron.com.
VOIR PLUS VOIR MOINS