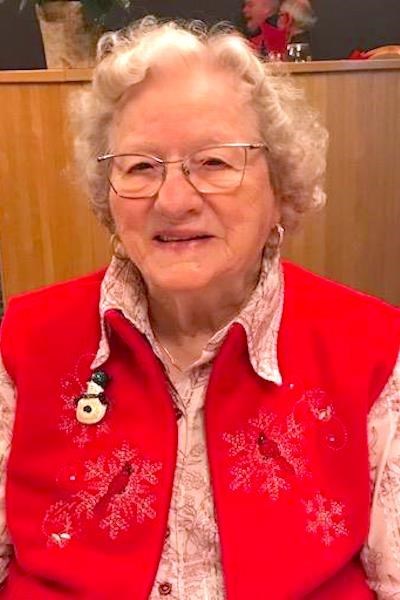 Mom was born in Invermay Saskatchewan and lived on the family farm until she met the love of her life Norman Atkinson, they married in 1952 in Invermay Sask. Soon after Mom and Dad started their family in 1953. Their son David and their two daughters Sharon and Lorraine. Mom and Dad decided to move to Campbell River in 1958 to raise their family. Mom had a full time job raising the family until 1964, at which time she took a job doing the books for Dad’s business Norm’s Backhoe. In 1969 Mom returned to being a full time homemaker. To help fi ll Mom’s calendar she joined the Fraternal Order of the Eagles. Mom worked with the Women’s Auxiliary. The balance of Mom’s life was supporting her children and spending time with her grandchildren and great grandchildren. At the age of 77 after many years of living in her condo on the Island Highway she decided to move to Ironwood Place where she called home for 14 years. ﻿During this time she travelled to Las Vegas, Alaska as well as many trips to her family and friends in Kamloops, Edmonton and Invermay up until the day of her passing. Mom will be dearly missed by her children David (Debbie) Sharon (Gordie) Lorraine, as well as her 9 Grandchildren and her 11 great grandchildren and her sister Margret MacLean. Mom is pre deceased by the love of her life Norman, her brother Arnold Jack (Ida) brother-in-law Earl Mac lean and son-in-law Gordon Killoran. The family would like to thank Dr.Sutherland and all the staff members and care takers at Ironwood Place for their years of support and care. We would also like to thank all the residents mom called her friends and family for 14 years until the day of her passing. A celebration of life will be announced at a later date for family and friends.