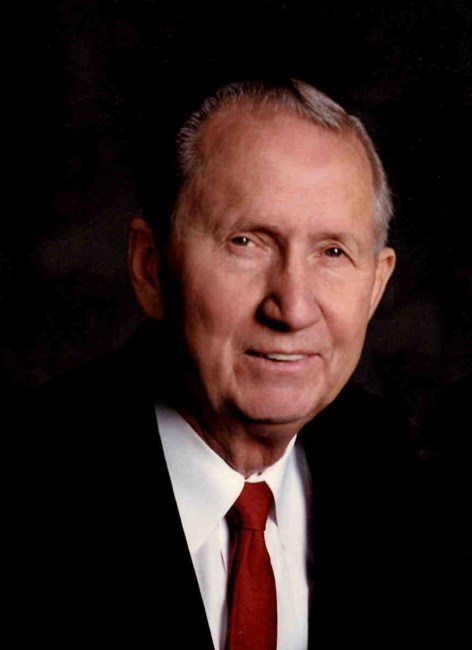 Our loving father, grandfather and great-grandfather, Mardon Clark Lamb, passed away peacefully at the age of 90, on February 7, 2019, at his home in Northridge, California, surrounded by his children. He was greatly loved and will be missed by all who knew him.

Mardon was born at home in Mt. Carmel, Utah, to Osmer and Lela Lamb, on January 30, 1929. He was the sixth of eleven children. In his childhood, he traveled daily to Orderville for his schooling and graduated from Valley High School in 1947. While in high school, Mardon played basketball and was involved in theater and band. He enjoyed playing his trumpet in the dance bands with his older brothers. After high school, he went to Dixie College for two years, then entered the mission field for The Church of Jesus Christ of Latter-day Saints, serving in the Northwestern States Mission. On his first day entering the mission home, he met Sister Geraldine White, the office secretary, and she made an impression on him.

After his mission, Mardon enlisted in the Navy, serving in the dental technician program. He later joined the Naval Cadet Program. While in boot camp in San Diego, he was able to locate Geraldine who lived in Los Angeles. After a long-distance relationship, they were married December 23, 1952, in the St. George Temple. He was accepted into dental school at the University of Oregon, where he graduated as valedictorian. Afterward, he specialized in orthodontics at the University of Washington. With his wife and family, he moved to southern California, where he established an orthodontic practice in Woodland Hills. He practiced orthodontics for over 40 years.

Mardon served in many civic capacities. He established a local Neighborhood Watch Program, served as president of the Woodland Hills Rotary Club (and later served as district president), and was on the Los Angeles Public Affairs Counsel of The Church of Jesus Christ of Latter-day Saints. He represented the Church in the San Fernando Valley Interfaith group and was chairperson of the Los Angeles Police Department Religious Forum.

Being a man of great faith, Mardon’s life was one of service. He served in many Church capacities, including bishop, high councilor, counselor in the stake presidency, and as a mission president with his wife, Geraldine, of the Indiana Indianapolis Mission, from 1986-1989. He always enjoyed teaching the Gospel Essential class at church and was known for his knowledge of the scriptures and ability to teach. His Christ-like love was evident in the way he lived his life and served others. Being a Lamb, he followed the Good Shepherd. He was greatly admired for his honesty, integrity, and kindness.

Mardon lived in the same home in Northridge for 50 years. It has been a gathering place for many activities and events. After reaching the landmark age of 90, which was marked by an open house to which many friends and family members came, he was able to pass away in his “castle”—his home.

He was preceded in death by his wife, Geraldine, who died October 3, 2004. He later married Maybeth Holt on March 8, 2008. He is survived by Maybeth and his five children, Stephen (Margie) Lamb, Ginger (Tom) Wheeler, Kent (Jeanne) Lamb, Kristine (Roger) Warner, and Stacy Lord. Mardon had 22 grandchildren and 43 great grandchildren. He is also survived by his three younger siblings, Lorena Lambert, Dalene (Dave) Fackrell, and Carolyn Cram.

The family would like to express its appreciation to Toni Stapley, Mardon’s caregiver in his final days.

Funeral services will be held at The Church of Jesus Christ of Latter-day Saints, 10123 Oakdale Avenue, Chatsworth, on Saturday, February 16, 2019 at 1 p.m., with Bishop Matthew Norris officiating. Visitation will be from 11 a.m. to 1 p.m. A memorial service will be held at the Orderville Utah LDS chapel on February 23rd at 11 a.m. Interment will follow at the Mt. Carmel Cemetery in Mt. Carmel, Utah.