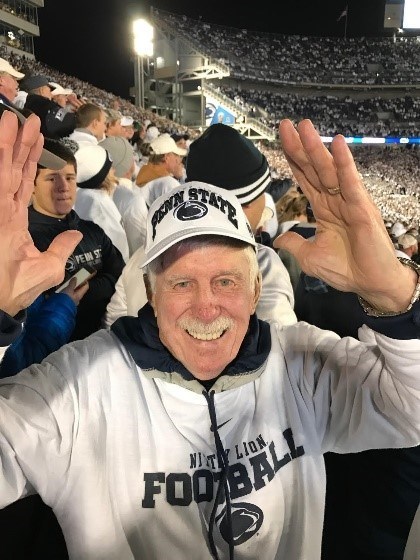 Donald Ray Durst, 89, of Carmel, Indiana, formerly of Windber, Pennsylvania, passed away peacefully on Tuesday, September 20, 2022, surrounded by his family. He was born and raised in Windber, graduated from Windber Area High School and Highway Construction School, and served as an engineer for the Pennsylvania Department of Transportation for 35 years. Don was a beloved father, father-in-law, grandfather, great-grandfather, uncle, brother and brother-in-law. He was active in his community and volunteer work and worked tirelessly to make a difference in the lives of those less fortunate or in need. He loved his hometown of Windber and served her faithfully for many years in various capacities, earning him the prestigious induction into the Windber Area Hall of Fame. He was active in the Junior Chamber of Commerce, was a founder of the Windber Community Building, organized and directed the Windber Centennial Parade, and played an instrumental role in the construction of the first Habitat for Humanity house in Windber. His service to others was a vital part of who he was, and his support of Windber’s youth was evident as he served as Little League Manager, Mentor and Player Agent for 23 years. Don was an active member of his church and enjoyed hunting, fishing, golfing, traveling, watching Westerns, Steeler and Penn State Football, and spending time with his friends and family. He was predeceased in death by his loving wife, Barbara (Anderson) Durst, of 65 years, his mother Marian Keyser Koontz, father Robert Durst, in-laws Jim and Ruth Anderson, stepfather Blaine Koontz, son-in-law Frank Gallucci, and grandparents Charles and Pearl Durst. He is survived by his four children, Jim (Leslie) Durst, Jeri Linn (Mike) Navitsky, JW (Rita) Durst, and Jason (Diane) Durst, eight grandchildren (JD, Gretchen, Aubree, Nikki, Frank, Courtney, Nathan, and Jordan), eight great-grandchildren (Madison, Jackson, Sophia, Dominic, Brynlee, Jovie, Talia, and Liam), brother Blaine Eugene (Debbie) Koontz, niece Elaine Ann, sister-in-law Karen (Anderson) Suhr, niece Heather, and great nephew Rowan. A family memorial and celebration of his wonderful life will be held at a later date. Memorial contributions should be directed to St. Jude Children’s Research Hospital.
VOIR PLUS VOIR MOINS