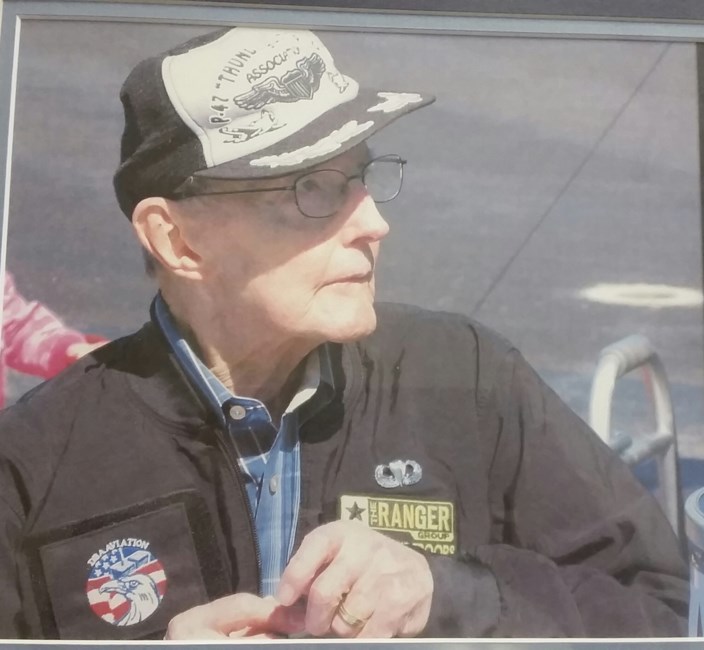 Col. (Ret.) Harold Graham Shook,96, passed away on January 16, 2017. Hal began to realize his childhood dream of flying when, on his 21st birthday, he entered flight training for the Army Air Corp. He graduated just days after Pearl Harbor and remained in the states as an instructor pilot, further sharpening his flying skills. He was a career Air Force pilot and commander. As the D-Day invasion neared, he was offered a squadron commander position and promoted to major while still only 23 years of age. He participated in three different combat theatres including leading a squadron of P-47’s for 3 missions during the D-Day invasion and 3 more the following day. He finished his USAF career leading an Air Division during the Vietnam War. In the WWII book Leap Off he was quoted as being “The best pilot in any man’s air force.” While commanding a combat squadron at such an early age, he learned and applied many valuable lessons which served him well over the balance of his Air Force career as well the civilian career to follow. Following his successful military career, he applied the leadership lessons he had learned in the military in a second career of management and career consulting. Much of what he learned has come to be termed team building today, but was almost unheard of in the military of World War II. These lessons learned and applied during war time became the basis of his three books, Flying Spirit, Fighter Pilot Jazz and Christ in my Cockpit. They also served as the foundation of his business, Life Management Services, where he taught team building, career planning and leadership skills. He also remained active as a speaker discussing the role of air power in World War II, always emphasizing the point that “freedom is not free”. He will always be remembered as an incredible father and a truly kind and loving soul that never met a person he wouldn’t help. He is survived by two of his four sons, Stephen Shook and William Shook as well as his 4 sons’ wives, children, grandchildren and great grandchildren. His two sons Michael and David predeceased him as well as his two wives Rae and Marilyn. For more please visit Legacy.com. Services will be held at 11am on Monday, Jan. 30, 2017, at Hope Community Church, 821 Buck Jones Rd., Raleigh, NC Arrangements under the direction of Brown-Wynne Funeral Home, 200 SE Maynard Rd. Cary, North Carolina 27511.
VOIR PLUS VOIR MOINS