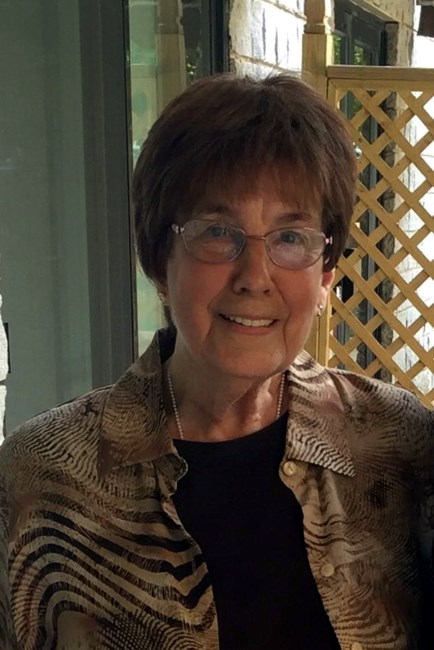 Dorothy Lynne Schelz Hart (Lynne) was born on January 31, 1936 in Baltimore, Maryland to John Schelz and Dorothy Peirson Schelz. She grew up in Catonsville and graduated from the University of Maryland in 1958. While on a summer vacation in Ocean City, she met Harry McPherson Hart. They were married in 1959 and moved to Virginia Beach, where she began her career as a special education teacher. They were also residents of Mequon, Wisconsin; Morristown, New Jersey and Jensen Beach, Florida. She was a dedicated Orioles and Ravens fan, barely missing a game on TV. She would surprise many with her knowledge of the game and players. She was an avid reader, loved to travel, enjoyed card games and tackled countless Sudoku puzzles. Lynne returned to Catonsville where she spent the past 16 years. She died on February 19, 2019, surrounded by her family. Lynne was adored by her daughter, two sons and 6 grandchildren. She was predeceased by her parents, beloved husband Harry and daughter, Lorie Lynne. She is survived by her brother Jack Schelz and his wife Carol Anne, her daughter and son-in-law, Dottie and Jeff Vernimb, son Eric and wife Kimberly Hart, John and wife Kathryn Hart. She was a cherished grandmother to Philip and wife Caroline Vernimb, Kevin Vernimb and Kayla, Zoe, William and Christina Hart. Family will receive friends on Saturday, March 2nd from 12:30-1:30 at the STERLING-ASHTON-SCHWAB-WITZKE FUNERAL HOME OF CATONSVILLE, 1630 Edmonson Avenue, Catonsville, MD 21228; where a memorial service will follow at 1:30pm. Interment will be at the Woodlawn Cemetery. In lieu of flowers, donations may be made in her memory to the Leukemia and Lymphoma Society of Maryland, 100 Painters Mill Road, Suite 800, Owings Mills, MD 21117.
VOIR PLUS VOIR MOINS