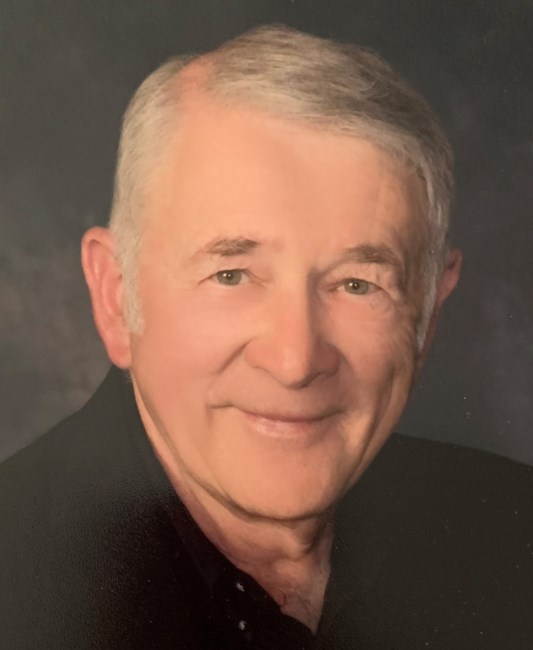 John “Jack” Allan Chugden Jack Chugden, 87, of Centennial, Colorado, passed away peacefully on August 7, 2022. Jack was born on November 10, 1934, in Campbell, Ohio. As a young man he worked alongside his father at the steel mills and put himself through college, graduating from Youngstown University in 1957 with a degree in Public Relations. Jack enlisted in the U.S. Army after graduation, serving from 1957 – 1959, and was stationed in Germany. He then spent an esteemed career as the District Sales Manager for the Western Division of Abbott Pharmaceuticals until his retirement in 1995. Jack was blessed with a loving family. He married Shirley Jones Ferguson on January 18, 1980, in Denver, Colorado. They raised 3 children together with love, patience, and ever-helpful advice. He was a doting grandfather of 7, and a proud great-grandfather of 2. After Shirley’s passing, in later years, he shared a beautiful companionship with his significant other, Randi Randolph. He was immersed in the Christian community that was his lifelong support, and an active member of South Suburban Christian Church. A mellifluous bass, he was a fixture in the church choir – including two pinnacle performances at Carnegie Hall. His version of The Lord’s Prayer and other timeless classics graced countless wedding ceremonies. And his love of the Lord inspired family and friends throughout his lifetime. If you couldn’t find Jack in the choir loft, you needed only to check the golf course. He played skillfully into his 80s and hosted the annual Chugden Open golf tournament – not to be missed by his former colleagues and friends. Jack is predeceased by his wife, Shirley Chugden and his stepdaughter, Kelli Michel. He is survived by his children, Jay Chugden (Abby Chugden), Shawn Chugden (Tim Chambers); his grandchildren; Melody Wiedersberg, Jessica Michel, Delia Chugden, Derek Michel, Heather Michel, Natalie Michel, and Jasper Chugden; his great-grandchildren, C.J. Wiedersberg, Teddy Wiedersberg; his niece, Tracy Donovan (Michael Donovan); his great-nieces, Emma Donovan, and Abigail Donovan; and his companion, Randi Randolph. A memorial service will be held on Saturday, August 13th at 11:00 a.m., South Suburban Christian Church, 7275 S. Broadway, Littleton, CO 80122. Reception to immediately follow. In lieu of flowers, donations in his honor can be made to South Suburban Christian Church at https://southsuburban.ccbchurch.com/goto/giving or The Porter Hospice Foundation at https://www.rmahf.org/hospice.html
VOIR PLUS VOIR MOINS