To view the service via livestream, please visit the following link: 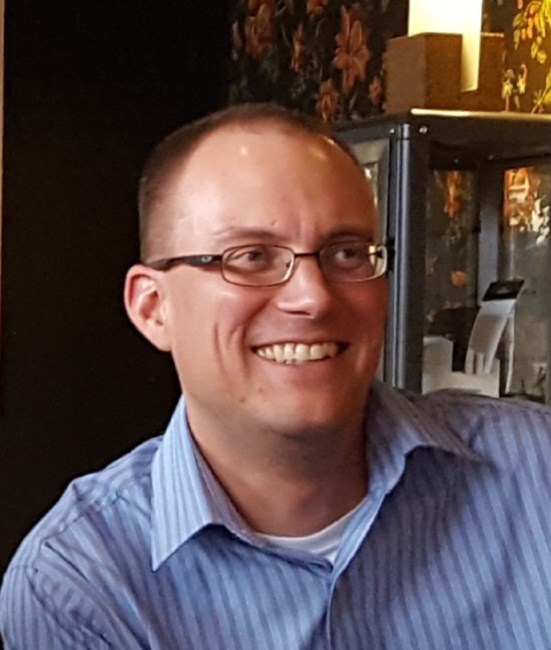 Justin Robert Johnson "JJ", age 42 of Englewood, Colorado passed away on Tuesday, January 18th, 2022. Born, March 28, 1979, in Mesa, AZ to Ginger Cutler Johnson and Stephen (Steve) Johnson. Justin attended Niwot High School, class of 1997 and graduated from Colorado State University in 2002 with a degree in Business administration. He spent his adult life working in insurance, first for Liberty Mutual Insurance as a claims adjuster followed by Travelers Insurance as a claims adjuster, operations manager, and most recently as a general manager for the liability claims department. Justin was loved by his coworkers and respected as an efficient and approachable manager who helped employees further their career. Justin lived in Englewood, Colorado in the perfect house that his sister Jessica helped him find. An active bowler and an avid motorcycle rider, he also enjoyed live music, losing count of how many shows he has seen by the Drive-By Truckers, Jason Isbell, Tom Petty, ZZ Top and more. The mountains, the “near perfect” weather in Colorado, good food, strong beer and friends were all loves of his. The same can be said of cars. Whether maintaining his own, those of his family and friends and, his cherished motorcycle. He even at times, wrenched on his partner’s sewing machine. Justin was approachable, the finder of the middle ground who could see both sides in every situation. A calming influence and light in a room. Everyone who met Justin loved him. He did not judge, no matter your background, your current situation, or politics. He accepted people where and as they are and willingly showed them friendship. Justin loved football - he called it the opiate of the masses - and hockey. Every year, like clockwork, he felt internal conflict when football season started since Colorado fall weekends were still the perfect time to ride his motorcycle. Justin is survived by his partner Manda Remmen, Englewood, Colorado, his parents Ginger Cutler Johnson and Stephen Johnson, Denver, Colorado, his sister Jessica Johnson and her partner Doug Utter, Denver, Colorado. And his innumerable friends - especially his friends-become-family Jim Hill, Denver, Colorado, Brandon Western, Longmont, Colorado, Janine Higgins, Denver, Colorado, and Mike Baker, Centennial, Colorado. He will be sorely missed by his bowling family especially Timmy and Billy, and his work community. Thank you Justin, for all you did for the people in your life. “nothing before coffee” A celebration of life for Justin will be held Monday, March 28, 2022 from 2:00 PM to 3:00 PM at Olinger Chapel Hill Mortuary & Cemetery, 6601 South Colorado Blvd, Centennial, Colorado 80121. Fond memories and expressions of sympathy may be shared at www.olingerchapelhill.com for the Johnson family.
VOIR PLUS VOIR MOINS