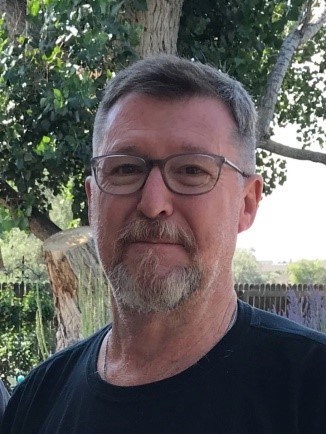 On November 30, 2020, Patrick Joseph Grummer, devoted husband and loving father, passed away at the age of 65 due to progressive effects of a genetic neurological disease known as CADASIL. Pat was born in Tulsa, Oklahoma to Ed and Laurie Grummer. He graduated from Bettendorf High School in Iowa and received his bachelor’s degree in Animal Science from Iowa State University. He met his future wife, Deborah Louise Ivans, answering an ad for a Sales Rep position at the employment agency where she was working at the time. On July 4, 1980, they were married. She always joked she would have found him a better job if she’d known what the future held. The majority of his career was subsequentially spent in sales where he traveled extensively throughout Colorado and surrounding states. They raised one son, Sean and three daughters, Brianne, Caitlyn and Taryn. Pat was a family man. He coached and cheered on all of his kids in various sports and formed instant friendships with anyone he met. He was a connoisseur of cigars, top shelf tequila, Irish whiskey and Sunday evening martinis. Pat was an avid storyteller and guaranteed an enthusiastic (and lengthy!) toast at any gathering. No occasion was complete without his signature cowboy boots and/or Dallas Cowboys baseball cap. He and Debbie loved to travel with a 25th wedding anniversary trip to Jamaica a particular highlight. This trip also ignited his love of reggae music. Family vacations ranged from road trips to Arizona for baseball spring training to spending time in the beautiful Colorado mountains. Pat's Christmas Eve chili was a tradition for many and his laugh was always the loudest in the room. His lasting legacy will be his devotion to and pride in his family. Pat was preceded in death by his father, Ed, and mother, Laurie; his father-in-law, George Ivans, and brother-in-law, Mark Ivans. He is survived by his devoted wife of 40-plus years, Debbie; his four children, Sean (Meghan) Grummer, Brianne Grummer, Caitlyn (Ryan) Flanagan, and Taryn (Geoff) Mooney; his four grandsons, Daxton and Hudson Grummer, and Liam and Nolan Flanagan; his brothers, Fr. James Grummer SJ, Mike Grummer, and Rick (Rena Lundmark) Grummer; his sister, Cathy (Steve) Amos; his mother-in-law, Bonnie Ivans; his brother-in-law, Greg (Dawn) Ivans; his sister-in-laws, Pam (Clayton) Trapp, Jennifer Ivans, Karen Helfrich, and Rebecca (Victor) Amato; and many other family members and friends. The family asks that donations be made to the CADASIL Foundation: https://www.cadasilfoundation.org/ SERVICE INFORMATION: A Memorial Mass, celebrated by Pat's brother, Fr. James Grummer, SJ, will be held at 10:30am on Friday, July 23, 2021 at St. Frances Cabrini Parish (6673 West Chatfield Avenue, Littleton, CO). The Mass will be live streamed at the following link: https://youtu.be/_5mffG5fffo A Celebration of Life will immediately follow at Robert F. Clement Park, Shelter D (7306 West Bowles Avenue, Littleton, CO). Parking is available in the south parking lot as you enter from Pierce Street or in the east Columbine High School lot if it is open. Food and drink will be served. Please bring your favorite stories, memories and pictures of Pat to share! Dress comfortably for the weather as it is likely to be hot. Inurnment at Olinger Mt. Lindo Cemetery (5928 South Turkey Creek Road Morrison, CO) will be held Saturday, July 24th at 10:30am. The cemetery is about a 20 minute drive west on US Hwy 285 (aka Hampden) taking the Tiny Town turn-off from the highway then watching for the Mt. Lindo sign on the left. Follow the gravel road to the top of the mountain where parking is available. RSVP's by July 10th are appreciated: 303.907.7809 or debgrummer@gmail.com Please join us in celebrating and remembering this wonderful man!
VOIR PLUS VOIR MOINS