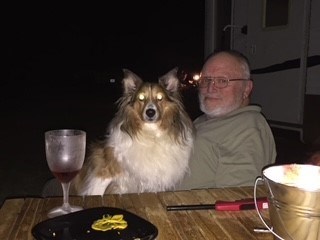 Robert Craig Anderson passed away August 9, 2022. He was born on January 23, 1946, to William Matthew Anderson Jr, and Louise Craig Anderson of Pikesville, MD. He served in the United States Coast Guard from 1965 thru 1969, at which time he received an Honorable Discharge. He is survived by his wife and best friend of 25 years, Doris Jeanette Anderson, his stepdaughter, Jeanette Marie Steffe. He retired from his electrical trade and moved to Colorado. He used to say that he wanted to retire in the mountains, he got his wish. A passionate train enthusiast, he enjoyed RVing, sightseeing, visiting wineries, boating, showing the neighbors the tricks of his trade, volunteering at local festivals, assisting his community anyway that he could. He served on Castle Rocks Board of Building Appeals and as of late, Comptroller for the Scottish American Military Society. In lieu of flowers, the family kindly requests that donations be made to Donations — Breeder Release Adoption Service (r3erescue.org) or send a check to Breeders Release Adoption Service, 18500 CR 47.7, Bon Carbo, CO 81024.
VOIR PLUS VOIR MOINS