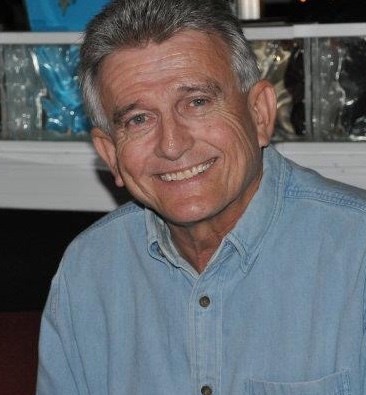 John Stacy Major, Jr., 68, died on March 30, 2021. Mr. Major was a native Charlottean. He was the son of the late Reverend John S. Major, Sr., and the late Lauretta Hancock Major. The happiest moment of his life was when he became the Pastor of The Church of Jesus Christ – Apostolic on 36th Street in Charlotte, NC. This work for the Lord was started by his grandfather, Bishop R. L. Hancock, 75 years ago, first meeting in a tent on North Davidson Street, Charlotte, NC. Johnny called the church The Jewel of Noda. Johnny also was the owner of John S. Major, Jr., Plumbing for 45 years. He was preceded in death by his son, John S. Major, III, his sister Joan Major Armstrong, sister Frances Major Correll, and brother William Larry Major. Johnny is survived by his wife of 23 years, Sheri Porter Major of Monroe, NC, daughter Amy Major of Mint Hill, NC, stepdaughter Shelley Holmes (Tracy) of Marshville, NC, stepdaughter Ginger Chaffinch (Chris) of Bartow, GA, as well as 6 grandchildren, Alexis Major, Tori Major, Darbi Holmes, Colby Holmes, Aubry Holmes, and Colt Chaffinch. He is also survived by his brother Roger Major (Darlene) of Albemarle, NC, sister Lynn Kenney (Keith) of Concord, NC, and sister Bonnie Major of Rock Hill, SC. Pastor Johnny, as he was called, was dedicated to his church and church family and had an unparalleled love for the young people of the church. He was known for his kind heart and his willingness to help those in need. God blessed him with a beautiful singing voice and he was gifted to play several musical instruments by ear. Johnny lived his life for the Lord and his favorite Bible verse was Job 13:15 “Though he slay me, yet will I trust in him: but I will maintain mine own ways before him.” A celebration of life will be held at The Church of Jesus Christ – Apostolic, 600 East 36th Street, Charlotte, NC. Visitation will begin at 11:00 AM with a 12:00 PM service. Interment will be at Gethsemane Cemetery and Memorial Gardens, 1504 West Sugar Creek Road, Charlotte, NC 28262. In lieu of flowers the family requests donations be made to The Church of Jesus Christ – Apostolic, 600 East 36th Street, Charlotte, NC 28205.
VOIR PLUS VOIR MOINS