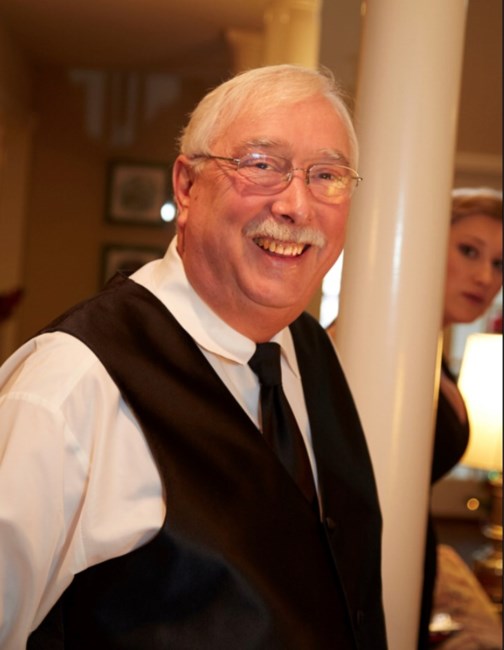 Dr. F. Lawrence Dewberry, age 72, of Safety Harbor, Florida passed away at home peacefully surrounded by his family on Monday, November 22, 2021. Larry was born December 28, 1948 in Catonsville, Maryland to the late Frederick L. and Anne Elizabeth (Leonard) Dewberry. He was the oldest of 5 children, Thomas, Daniel, Robert, and Elizabeth (Taylor).

Larry is survived by his wife, Loretta (Deskiewicz) Dewberry, with whom he shared 48 years of marriage. He is also survived by his nine children, Jennifer, wife of Cristian Swanson; Johanna, wife of Jason Wares; Lawrence, husband of Sandra Krakowski; Jerome; Marguerite, wife of Michael Thompson; Amanda, wife of Jorge Lascano; Clarisse, wife of Josh Siegel; Julianna, wife of Zachary Faraone; and Loretta. His ten grandchildren, Joseph, Charles, and Cecily Wares; Lawrence J. Dewberry Jr.; Brantley Thompson; Olivia, Amelia, and Emery Lascano; Isabella Siegel; and Joel Faraone, were a source of great happiness for him, PopPop, since their arrival.

Larry graduated undergrad from Loyola University of Maryland. He then completed medical school, internship, and residency in internal medicine at the University of Maryland Medical School in Baltimore. It was here, while completing an ICU rotation as a med student, that he met his wife Loretta. They married in September of 1973. From Maryland, they moved on to Vanderbilt University to complete a fellowship in Nephrology. In 1979 they relocated to Jacksonville, FL where he was the Chief of Nephrology at University Hospital Jacksonville. In 1981 they moved to Clearwater, FL and joined Nephrology Associates. He continued his practice of Nephrology for 38 years. He was well known as having a love of medicine and deeply caring for his patients.

Larry had a love of sports, especially cheering for the Rays, Buccaneers, and the Gators. He was an avid reader. He enjoyed fishing with his sons and boating with his family to Honeymoon Island for a picnic. He loved visiting National Parks and gardens with his family and planned many family trips to these parks and historic sites in both the United States and Canada. Above all, he enjoyed spending most of his time with family and later in life with his grandchildren. Family always came first as he frequently said, my children are my legacy.

As a great supporter of Catholic education, Larry served for many years on the school board of St. Cecelia's Catholic school, where all of his children attended. Also an active member of Espiritu Santo Catholic Church, he volunteered his time towards various parish councils and committees throughout his 39 years as a parishioner. His love for helping others extended beyond medicine. He helped feed the poor at St. Vincent DePaul and Pinellas Hope.

Viewing and funeral will be held on Saturday December 4, 2021 at Espiritu Santo Catholic Church, 2405 Philippe Parkway, Safety Harbor, Fl. Viewing will start at 10am with the funeral mass to follow at 11am.

In lieu of flowers, memorial contributions may be made in Larry's memory to:

Fond memories and expressions of sympathy may be shared at www.sylvanabbey.com for the Dewberry family.