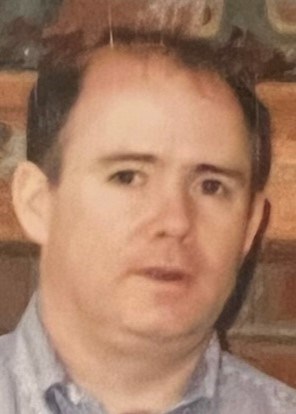 Joseph “Joe” Dillon Jr, 62, of 26 College Street Clinton died at Yale New Haven Hospital on Saturday, July 30, 2022 with his family by his side. Joe fought a long and courageous 5 plus year battle against cancer and his family is grateful for each additional day he was able to be with us. Son of the late Joseph Dillon and the late Patricia Delehant Dillon and nephew to the late Doris Delehant who he cared for during her illness. Brother to Maureen DeSena of Glastonbury, CT, Kathleen DePonte and her husband Mark of East Dover, VT and Patricia Earley and her husband Troy of Killingworth CT. He was the very proud uncle of his niece and nephews Mackenzie Earley and her Fiancé Christian Ticino, Troy “TJ” Earley, Trevor Earley, Zachary DeSena and Benjamin DeSena. Joe grew up on David Drive, East Haven, CT with his family and friends where he made many great memories and graduated from East Haven High School in 1978. He graduated from Bryant College in Smithfield, Rhode Island with a degree in Criminal Justice in 1982. He earned his Master’s in Business Administration from Rensselaer Polytechnic Institute in Hartford, CT while working full time. He spent his entire career in the CT Criminal Justice Department starting as a Corrections Officer at the New Haven Correctional Facility and moved to the maximum-security prison in Somers, CT and worked at the Bridgeport, Niantic, and Cheshire correctional facilities rising to the rank of Deputy Warden as part of his long 26-year career, retiring in July, 2009. Joe received multiple commendations as part of his career including one for saving a prisoner’s life. Joe was an avid sports fan and enjoyed playing and watching golf, he played hockey in high school and continued playing in a men’s league after graduating from high school and college. Joe loved his Boston Bruins, Boston Red Sox and UCONN Huskies basketball immensely. He shared in every event for his niece and nephews and every holiday with his family. He will be missed dearly and forever in his family’s hearts. Joe’s family is especially grateful for all the compassionate care from Smilow Cancer Center and all the amazing nurses and doctors at Yale New Haven Hospital who gave us so much more time with him and helped us all during his final time. Friends may call Tuesday, August 2 from 4-8 at Swan Funeral Home 80 East Main Street, Clinton CT. Mass of Christian Burial at Saint Lawrence Church, 7 Hemlock Drive, Killingworth, CT Wednesday, August 3 at 10:30 am. Burial at All Saints Cemetery in North Haven, CT.
VOIR PLUS VOIR MOINS