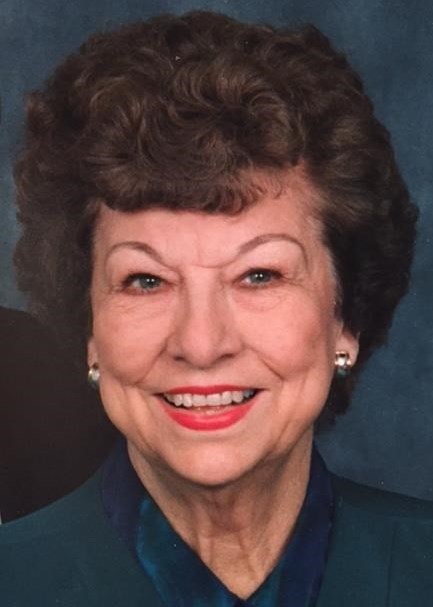 Clara Elizabeth (Lib) Herring Cox, 88, of Lake Jackson, died May 9 after a short battle with leukemia. Lib was a loving wife, mother and grandmother, providing affection, support and guidance to her family, who miss her dearly. Lib was born November 1, 1926, in Paris, Texas, to Clay and Gula Herring. A graduate of Stamford (Texas) High School and the University of Houston, she earned her master’s degree from Utah State University. Lib and James “Breezy” Cox were married in Stamford in 1947, then moved to the Brazosport area where she and Breezy began their long, successful careers as educators. Lib taught music at Velasco Elementary, then math at Velasco and Lake Jackson Junior Highs. She was a loved and respected teacher for thousands of local children during her 27 years in the classroom. In retirement, she continued to teach English as a second language as a volunteer for International Friends at First Baptist Church, Lake Jackson. She was a member of that church and active at Velasco Baptist Church, teaching Sunday School, volunteering in the nursery and participating with the Women’s Missionary Union. Lib’s volunteer service also included serving as the coordinator for Home Delivered Meals; as a member of the supervisory committee of the Brazosport Teachers Federal Credit Union; as an officer of the Brazosport Association of Retired Teachers; and as a member of the Heavenly Harmonizers, a choir performing at area nursing homes. Lib was the “Inspiration Lady” for the Harmonizers, telling a joke at each performance. Lib was preceded in death by her parents; sisters Ruby and Gwen; brothers Bud and Hiram; and her daughter, Cathy. She is survived by her husband, Breezy; her son, Steve Cox (Elaine) of League City, Texas; daughter Cece Cope (Steve) of Bloomington, Minnesota; grandchildren Suzanne, Chris, Katie, Jon, Shane and Mollie; and a legion of friends, colleagues and students touched by her love, generosity and kindness. A memorial service will be held at Dignity Memorial in Clute, Monday, May 18, with viewing from 10:00 a.m. to 1:00 p.m., and the funeral at 2:00 p.m., the Rev. D. O. Foster presiding. Pallbearers will be Jimmy Mahaffey, Karl Oelfke, Cecil Tumlin, Jay Allen, Johnnie Redden and James “Bo” Lander. The family requests in lieu of flowers that donations be made to Home Delivered Meals of Brazosport.