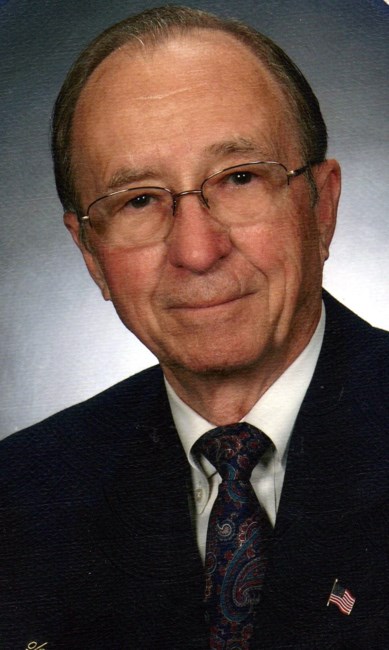 Henry Edmond Cullifer, age 87, of Midland, Georgia, passed away on Thursday, July 28, 2022. A visitation for family and friends will be held on Monday, August 1, 2022 at Striffler-Hamby Mortuary from 9:45 AM until 10:45 AM. A graveside service will follow immediately after visitation at 11:00 AM at Parkhill Cemetery with Stephen Brinkman officiating. Henry was born on November 6, 1934, in Columbus, Georgia the son of Henry E. Cullifer, Sr. and Ellene Cherry Cullifer. Henry graduated from Baker High School in 1953, shortly after graduation, he married the love of his life, Josephine Lewis in Phenix City, AL. He continued his education at Columbus College where obtained an Associate’s Degree. Henry was a lifelong resident of Columbus, he was the manager for Kirven’s Department in Columbus Square Mall and a manager at Chancellor’s Men’s Store here in Columbus. Henry and his wife became the owners of Famous Brand Uniforms on Hamilton Rd. Henry was a member of the Masonic Lodge for 62 years, a member of the Order of Eastern Star, member and past president of the Columbus Exchange Club, member of the Jaycees, member and past president of the Downtown Merchants Association and Henry was a coach and strong supporter of his sons and the teams they played for throughout their childhood. Henry loved sports; his favorite teams were the Georgia Bulldogs, The Atlanta Braves, and the Atlanta Falcons. Henry also loved the Lord and was a member at Midland UMC for almost 30 years. He enjoyed running and jogging when he was younger, competing in several of Country’s Midnight Runs. He enjoyed spending time with his family and friends. Henry enjoyed working and found great satisfaction in serving his clientele. He believed in working hard and that your integrity and your reputation were paramount. The things Henry enjoyed in life were only made better when his family was able to experience them with him. He loved and cherished Jo, their sons, grandchildren, and great grandchildren. Henry is survived by: his wife of 69 years, Jo Cullifer; two sons, Gary (Donna) and Richard (Maxine) Cullifer; Grandchildren, Jayason (Amber) Culliver, Justin Cullifer, Jake Hill (Jessica); and great grandchildren, Sawyer, Khloie, and Saylor. In lieu of flowers donations can be made to Columbus Hospice, www.columbushospice.com, 7020 Moon Rd. Columbus, GA 31909. Fond memories and expressions of sympathy may be shared at www.shcolumbus.com for the Cullifer family.
VOIR PLUS VOIR MOINS