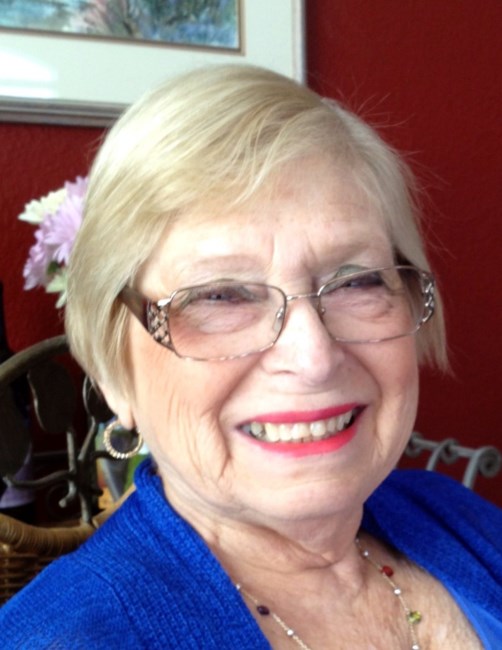 Dr. Rochelle Poyourow Ripple, 83, of Columbus, GA, joined the generations of ancestors Friday, April 26, 2019 at St. Francis Hospital. A memorial service will be held at 3:00 PM, Monday, April 29, 2019 at Temple Israel, 1617 Wildwood Avenue, Columbus, GA, 31906, according to Striffler-Hamby Mortuary, Columbus, GA, 31907. Interment will follow in Riverdale Cemetery. Rabbi Beth Schwartz will be officiating. Dr. Ripple was born April 23, 1936 in New York, New York, daughter of the late Gerald G. and Hortense Philips Bernheimer. She is survived by her daughter Jill, her sons David and Mitchell from a previous marriage as well as Wendy and Julian Jr. from her current marriage to Julian. Rochelle’s underlying goal in life was the concept of social justice. As a young woman, she volunteered her time to help children gain a footing on their future through teaching basic skills. About the same time, she was also involved in many civil rights marches and was in attendance at MLK’s famous “I have a dream” speech. Seeing that much more had to be done, she distinguished herself in the field of education, rising from a behavioral classroom teacher in Pennsylvania to a BOCES superintendent in Wyoming where she met her husband Julian. Both saw the future was through more education which led to her to receive her doctorate from Temple University. The migration continued to New Paltz, NY where she took up directorship of a vocational school. In 1990, she took the call from what is now Columbus State University to join their department of education where she was awarded the distinguished professor and later was promoted to full professor. Along with her deep love of education was a vision that all people could become equal through education — not just a right but a moral right. She felt strongly that it was her responsibility to do what she could do to “heal the world” through many programs she helped set up. One in particular was based on the idea that children could learn better at school if their parents were able to help them. The program provided multigenerational assistance to many children and families who otherwise may have been cast aside by society. Rochelle retired at age 75 after following her calling. To paraphrase Deuteronomy 32:9-12: In a desert land God found her, in a barren and howling waste. God shielded her and cared for her; God guarded her as the apple of God’s eye, like and eagle that stirs up its nest and hovers over its young, that spreads its wings to catch them and carry them aloft. The Lord alone led her; no foreign god was with her. In lieu of flowers, those who wish to contribute in her memory are asked to make a donation to the Temple Israel operating fund. Fond memories and expressions of sympathy may be shared at www.shcolumbus.com for the Ripple family.
VOIR PLUS VOIR MOINS