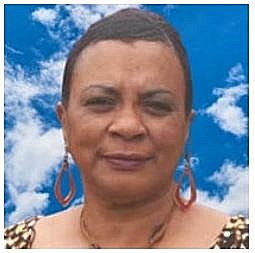 JoAnn Bryant was born on July 12, 1952 in Fitzhugh, AR. She was the oldest daughter of the late Roosevelt and Emma Lee Colley. JoAnn attended Carver High School in Augusta, AR and graduated in 1970. She deeply loved her family which was always a constant staple in her life. Her hobbies and pastime pleasures included gardening, yard sales, and flea markets. JoAnn also took pride in her appearance, keeping her hair done, and had a major obsession with purses, which caused her to have a massive collection of them. In 1967, she met the love of her life Kenneth Bryant while attending Carver High School. After she graduated JoAnn would then attend a vocational school obtaining a diploma as a clerk typist while living in Little Rock. They began their life together and became married in March of 1971. They then decided to start their family and moved back to Augusta, AR and had their first child Kesia Bryant and later had their second child Yoshauna (Kim) Bryant. Joann began her career in manufacturing working as an inspector and a line leader. She then later discovered her true passion and became a certified nurses aide, taking care of clients for home health agencies all of whom she genuinely adored. JoAnn was able to succeed in her professional life only with the outstanding support in her personal life provided by her ever present husband and family. As a family; they loved, grew and succeeded together. Truly an extension of each other, JoAnn still lives through the loyal heart of her beloved husband and all those that knew her. JoAnn was a nurturing wife, mother, sister, aunt, and a beloved grandmother and a light in all our lives. She always kept her spirits high and stayed strong until the Lord called her home from her labor to reward on January 13, 2022 at 11:43 am at Conway Regional Medical Center. She was surrounded by those whom she loved the most, her family. Death did not extinguish JoAnn’s light instead it lives on in all of us. She is once again reunited with her father and mother Roosevelt and Emma Lee Colley, father and mother in law Cliff & Mandy Bryant, her brother Oscar (Wilson) Colley, brother-in laws: Maurice & Marvin McCann and her son in law Aundre Smith. Her love lives on through her loving devoted husband Kenneth Bryant; her daughter’s, Kesia Lafaye Bryant and Yoshauna Kim Smith; son in law Edward Moore; granddaughter, Amanda Elyse Jackson all from Conway, AR. Her sisters and best friend Barbara Ealy of Conway, AR, and Christie Kay Tyson (Bobby) of Augusta, AR; brother-in-laws: Melvin Knox (Lynn) of Beverly Hills, California; Nathaniel McCann (Lavern), Anthony McCann both of Flint, MI; Jeffrey McCann (Patricia) of Conway, AR; Joseph Bryant (Syretta) of Little Rock, AR and sister-in-laws: Jackie McCann of Flint MI, and Whitney McDonald (Timmy) of Jonesboro, AR. She also leaves to cherish nieces, nephews, cousins, and her faithful companions Karma Bryant and Penni TuTu. A visitation and viewing will be on Friday from 5:00 – 6:00 p.m. at the Powell Funeral Home in Augusta. Funeral Services will be conducted on Saturday, January 22, 2022 at the Griffin-Leggett Funeral Chapel in Conway. Interment will follow in the Crestlawn Cemetery Services are under the direction of Powell Funeral home of Woodruff County. www.powellfuneralhome.net.
VOIR PLUS VOIR MOINS