Gerald P. O’Malley of Croton-on-Hudson, NY, passed away on Thursday, November 26, 2020. He was 59 years old.
Gerry was born on January 5, 1961 in the Bronx, NY to Patrick Joseph O’Malley of Miltown Malbay, Co. Clare, Ireland and Theresa Treacy of Killea, Co. Tipperary, Ireland.
Gerry is survived by his beloved wife of 35 years, Joanne Connaire O’Malley; loving son John Patrick O’Malley and his devoted father, Patrick Joseph O’Malley,
His caring Brothers-in-Law’s John Connaire (wife Maureen Morrison) and Patrick
Connaire (wife Dana Smilowitz) as well as Sister-in-Law Maureen Connaire Murphy (husband Christopher Murphy) and his Goddaughter Ashley Langan. He is also survived by many caring aunts, uncles, cousins, a niece, nephews and friends, especially Tommy and Margie Langan. He was predeceased by his mother Theresa Treacy O’Malley in 2018, his sister Claire O’Malley in 2017 and his brother Patrick in 2019. His Mother and Father-in Laws Joe and Ann Connaire.
A memorial mass will be celebrated at 10 AM on Monday, December 7, 2020 at Holy Name of Mary Church, 110 Grand St., Croton-on-Hudson, NY. In lieu of flowers please send a donation to the Gerald O’Malley Memorial Scholarship: Manhattan College, Memorial Hall, Room 100 4513 Manhattan College Parkway Riverdale, NY 10471 Attn: Kathy Muskopf


Gerry O’Malley’s humble beginnings began in the Bronx. He attended St. John’s Elementary School on Godwin Terrace and then in 5th grade his family moved to Long Island for a bit before moving back to his parents’ home land of Ireland. Gerry received his Leaving Cert (Ireland’s version of HS Diploma), returning to New York in January 1978 and graduating from Cardinal Hayes H.S. in 1979.
Gerry attended Manhattan College and graduated in 1983 with a degree of B.S. in Business Administration. Nine months after graduation he finally got a break and began his career at the American Broadcasting Company, retiring January 2017 after 33 years at the company. His first job at ABC was in their computer headquarters mailroom in Hackensack, NJ delivering reams of paper. After waiting a year for a new computer class to start within the company, he was told they were postponing it another six months. Gerry wasn’t willing to wait so he applied for a job with the ABC Sales Services Department in NYC.
Lo and behold, at his interview for a position with the Sales Services Department, he was interviewed by another St. John’s/Kingsbridge native and fellow Manhattan College alum, Pete Scanlon. As the story goes he was asked by Pete are you Mike O’Malley’s brother and Gerry said, “No, that’s my cousin.” Pete told him he was hired once he ran it by his boss Jim McFail, who Gerry knew from Jim’s Irish Music career. This friendship with Pete and his family continues to this day.
Gerry’s work ethic and never quit attitude was unmatched. He was authentic, real and never hesitated to lend a hand to anyone. He mentored many, especially on how to do things the ABC way. Gerry’s many positions throughout the sales departments at ABC/ Capital Cities/Disney allowed him to enjoy many one-of-a-kind experiences that most people would never get to do. Oh, how he loved ABC hospitality parties such as West Point tailgate/tent parties, Belmont Stakes, and he even enjoyed going to Mets playoff games, even though he was a diehard Yankee fan. He loved going to Monday Night Football games and a few Super Bowls, but his all-time favorite ABC experience was going to the Calgary Olympics in 1988.
During his years as V.P. of Sales for Daytime/Soapnet he attended and participated in many Daytime Casino Nights, Daytime Emmy Awards and Super Soap Weekends in Florida. One of the final thrills for Gerry before his retirement was being able to bring his wife Joanne to the 2015 Academy Awards in Los Angeles. Not sure who was more excited that Weekend!
Gerry was a big kid at heart and loved to tease, joke with, and prank people. As his niece Meaghan and N 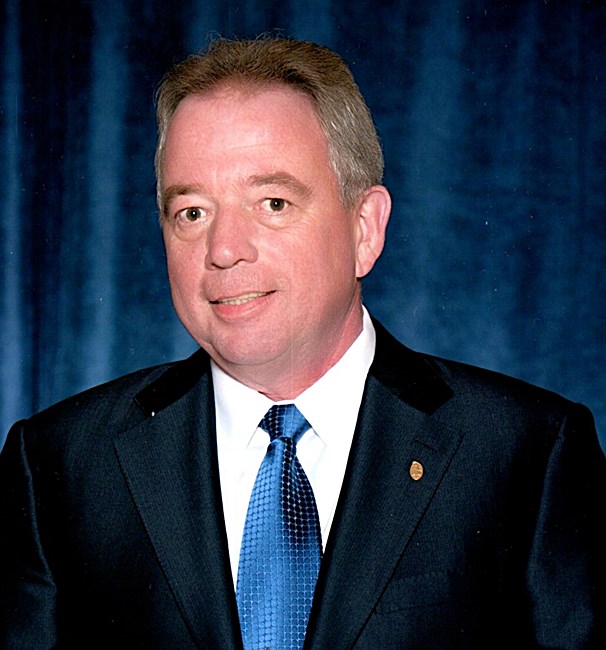