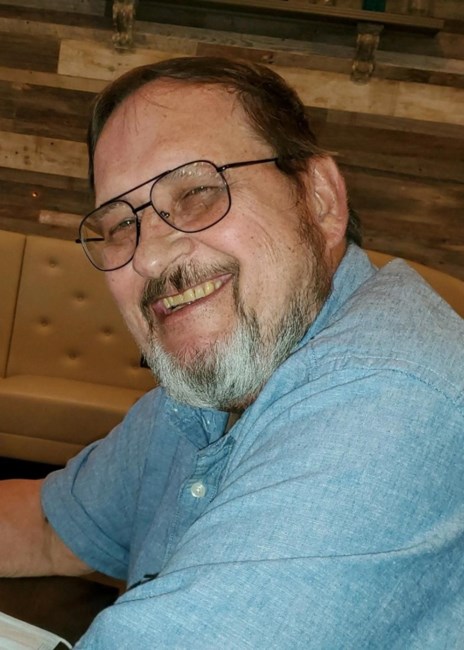 John Suszko passed into the arms of our Everlasting Father on December 9th, 2020. John was born to Wara and Stephen Suszko on October 28, 1950 in Llano, Texas. John was the middle child of three boys, Mike, John, and Harry. He grew up with a deep sense of loyalty and a strong work ethic which he carried into a successful military career. After serving several years in the US Army National Guard, John joined the US Air Force on March 6, 1975. He became a Diagnostic Imaging Tech for the US Air Force. John later trained to become an instructor of Radiology until his retirement on September 30, 1994. While serving, John was stationed in Germany, the Azores, and stateside in Nebraska, Texas and Michigan. On March 1, 1975 John married the gal who put the twinkle in his eye, Kim Trowbridge. Together they began a journey filled with challenge, adventure, laughter and love. From sneaking peeks of the local drive-in theatre from their own backyard to European tours, quiet moments of crafting to cruising the high seas, John and Kim together charted an epic journey. Their greatest of adventures, and the one that John held the most pride in, is the family that they nurtured together. John is remembered as the guy with the larger-than-life personality, the easiest of laughs, and the best nicknames, who always had a story to share, a joke to tell, and never knew a stranger. John’s passing is preceded by his parents Stephen & Wara Suszko, brother Mike Suszko, and In-Laws Milton & Audrey Trowbridge. John is survived by his cherished wife, Kim; Son, John Milton (Kerry); Grandchildren, John Austin (Miranda), Corbin, & Alexis; and Great-Grandchildren, Klarysa, Khloei, & Kimbreigh; brother Harry (Lisa); Sisters-in-law Vicki Erdman (Alan), Lisa Knutson (Tom) & Joan Suszko; Brother-in-law Steven Trowbridge (Deb); and many nieces & nephews. The family is planning a service at Arlington National Cemetery at a later date. The staff of Dallas (Carothers) Funeral Home is honored to serve the Suszko family.
VOIR PLUS VOIR MOINS