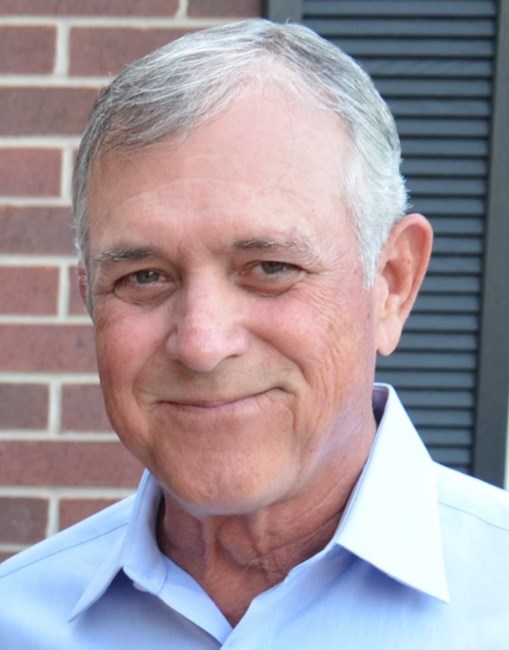 According to the faithfulness of our great God, Robert Lawrence Cramer, Jr. met his Savior on July 26, 2022, hours shy of his 73rd birthday. He was surrounded by his loving family as his body and mind were healed and his faith became sight. Though his days with us felt short, his impact on our lives was massive. We have great hope that we will be together again. Praise Jesus! Bob was born on July 27, 1949, in Dallas, Texas, to Robert Lawrence Cramer, Sr. and Patty Irene McBride Cramer. He was the first born and only boy, followed by five younger sisters. The family moved to Midland, Texas, in 1953 and then made their roots in Richardson, Texas. Their family was a large one and Bob was one of 20 Cramer grandchildren. His childhood was marked by the incredible gift of cousins, aunts, uncles and beloved grandparents. Family vacations were always family reunions full of fun, mischief and memories to last a lifetime. Bob graduated from Richardson High School in 1968. He attended Tarleton State College and North Texas State University. After trying his hand at different occupations, he moved to Eldorado, Texas, where he joined The Western Company in 1976 and began his beloved career in the oil and gas industry. It was there in West Texas where he met his wife, Dorothy Ann Boisse, in San Angelo and they married on February 18, 1978. They soon began their greatest adventure with the birth of their first child, Michele, in 1979. Bob and Dorothy made a life-altering move to the small town of Sonora in 1981 and it became their home for the next 25 years. The Cramer family grew with Ryan (1982) and Genny (1983). Anyone who knew Bob knew that his children were his greatest joy and considered his role as a father to be the most important role in his life. His children always knew where they stood with him and relished in his unconditional love. He was a patient teacher, even when teaching them to drive a stick shift while parked on the steep incline of HNG Hill. Among other things, he taught them about Jesus, the game of golf, the value of community and family, respecting others, good BBQ and classic rock. Their home was always filled with music and favorites included The Eagles, The Beatles, Led Zeppelin, Creedence Clearwater Revival and The Band. Over the course of his 40-year career in oil and gas, Bob was fortunate to work with amazing people at The Western Company, HNG, Enron, American Exploration, Louis Dreyfus Natural Gas, Dominion Exploration and HighMount. From the rig to the office, Bob loved his oil and gas family and considered them his second family. While he and Dorothy moved from Sonora to Oklahoma City in 2006, they built lifelong friendships and are forever grateful for the community of Sonora, Texas. Bob’s love of his children only grew as they married and blessed him with 7 grandchildren. He was the best Poppy, and they’ll continue to grow up with his legacy of love and faith in Jesus. Bob is survived by Dorothy, his wife of 44 years; his children, Michele Spillman (and husband, Travis) of Dallas, Texas, Ryan Cramer (and wife, Brittany) of Highland Village, Texas, and Genny Walters (and husband, Rob) of Houston, Texas; his grandchildren, Grace, Ella and Sutton Spillman, Ellie and William Walters, and Griffin and Quinn Cramer; his sisters, Cynthia Cramer-Metzger, Carolyn Howell (and husband, Steve), Cathy Killeen (and husband, Dandy), Barbara Williams (and husband, Craig), Becca Rivers (and husband, Bill), numerous nieces, nephews, and the extended Cramer and Boisse families. Bob was preceded in death by his parents, Patty Cramer and Robert L. Cramer, Sr. How can we be filled with anything less than overwhelming gratitude for God’s goodness and faithfulness by blessing our lives with him for as long as He did? Though we mourn, we do not mourn as those who have no hope. Our hope is in Jesus, who now holds Bob, complete, healthy and whole. The Cramer family wishes to thank Faith Presbyterian Hospice, Deanna Davies and Carolana Williams for their kindness in helping care for Bob, as well as the Everleigh Forestwood community for their outpouring of love and support. A service will be held in celebration of Bob’s life on Friday, August 5, 2022, at 10:00 a.m. at Highland Park United Methodist Church in Dallas, Texas. In lieu of flowers, donations may be made to the Sutton County Food Pantry, P.O. Box 497, Sonora, Texas 76950.
VOIR PLUS VOIR MOINS