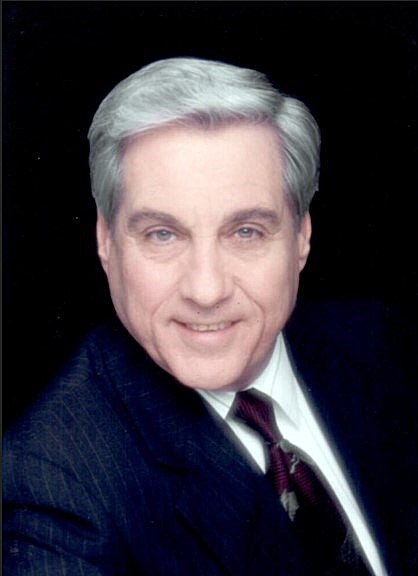 William (Bill) T. Burke, Jr. of Dallas, TX passed from this life on July 27, 2022 at the age of 86. He is survived by his wife, Mary Sue Burke; sons Patrick Burke and his wife Teri, Michael Burke and his wife Michelle, daughter Karen Johnson and her husband Greg, grandchildren Anna Herrera and her husband Andrew, Sarah Williams and her husband Patrick, Rachel Burke, Rebecca Serralde and her husband Rigo, Peter Burke, John Burke, David Burke, Taylor Johnson and his wife Kara, Brandon Johnson, Kyle Johnson, Ethan Johnson and 18 great-grandchildren. He was preceded in death by his grandson Nathan Burke and his brothers, Brian and Bob Burke. Bill was born in San Antonio Texas on October 30, 1935 to William Temple and Adelaide (Raba) Burke. After graduating from Central Catholic High School, he earned his BBA and JD from St. Mary’s University. He was a member of fraternities in high school, college and law school. He served 2 years active duty in the U.S. Army becoming 1st Lieutenant and then 6 years in reserve as Captain. While in the reserve, he served as President of the Dallas Chapter of the Military Government Association. In 1962, he began practicing law in Dallas with Rudolph Johnson specializing in business transactions in connection with Holiday Inn. He also represented Japanese cotton and trading companies and loved traveling to Japan to learn the culture and eat sushi. In 1965, he joined Palmer, Green, Palmer & Gilmore which later became Palmer, Palmer & Burke where he really began focusing on bankruptcy law. In 1977, he co-founded Crutcher, Burke & Newsome which transitioned into Burke & Wright, PC and then to Burke, Wright & Keiffer, P.C. Bill ended his career as Of Counsel with Wright, Ginsberg & Brusilow, P.C. which succeeded his last firm. He was a member of the Texas and Dallas Bar Associations as well as the College of the State Bar of Texas. Bill was co-founder and past chair of the Dallas Bar Association Bankruptcy and Commercial Law Section. He co-founded The Hon. John Ford American Inn of Court where he served as President, Dean of Courses and on the Executive Committee. Bill was a lecturer, commentator and a published author on various articles regarding bankruptcy law As a longtime member of St. Patrick Catholic Church in Dallas, he served as Chairs for the Annual Parish Fair, Building, Finance and scout troop committees and served as president of the men’s club. In the Knights of Columbus Council 799, he served as Grand Knight and was named a Member of the Year. He co-founded the Greater Dallas Knights of Columbus Texas Catholic Community Credit Union. He was Trustee for the Montserrat Jesuit Retreat House and co-founded the Jesuit Monserrat Foundation. He served as President of the Metropolitan Club of Serra International in Dallas and was named Outstanding Member of the Year. Civically, Bill was a member of the Dallas War on Poverty, Chair of the Dallas County Small Business Development Center, and a Vice President of the Dallas Optimist Club, receiving both a Member of the Year and President’s Awards. He served on the Board of Trustees of the Dallas Ecological Foundation. He was a Life Member of the Dallas Safari Club and volunteered helping teach inner city youth gun safety. At various times of his life, Bill played all kinds of sports including football, basketball and tennis. He became a certified dive master and enjoyed traveling to remote destinations. One of his greatest enjoyments though was hunting, especially the Annual Father/Son hunt with friends going back to his high school days and continuing long enough to include grandsons. A rosary will be held on Saturday, August 20th, 2022 at 12:30pm at the North Chapel inside the mausoleum at Calvary Hill Funeral Home and Cemetery (3235 Lombardy Ln., Dallas, TX 75220). After the rosary, The Mass of Christian Burial will commence with the inurnment at Calvary Hill Cemetery. A reception will be held inside the funeral home once the services at the cemetery have concluded.  Donations may be made by check to University of Dallas Serra Club 1845 E. Northgate Dr. Irving, TX 75062 or Montserrat Retreat (Montserratretreat.org/giving.)
VOIR PLUS VOIR MOINS