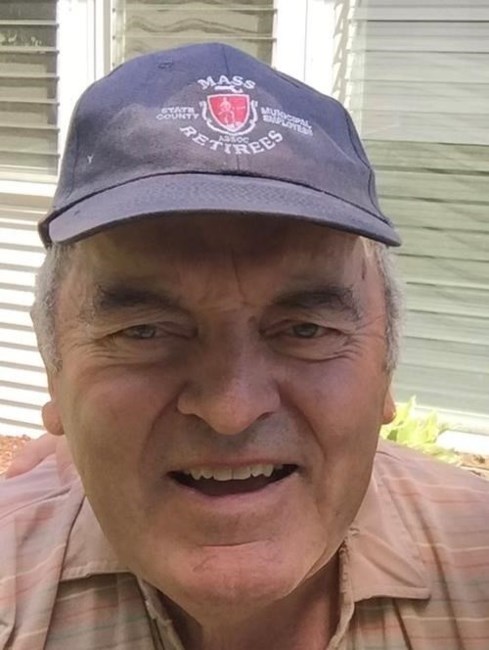 Donald R. Medeiros (aka Sgt. Donald), 81 of Dartmouth, passed away at his residence on Monday, August 23, 2021 with his loving family by his side. He was the husband of Susanne M. (Ward) Medeiros, to whom he shared almost 53 years of loving marriage. Born in Dartmouth on March 23, 1940, he was the son of the late James A. and Amelia (Moniz Soares) Medeiros. Donald was a lifelong resident of Dartmouth and a graduate of Dartmouth High School, class of 1960. He was employed as a police officer for the Town of Dartmouth, retiring after 40 years of dedicated service to the residents of Dartmouth. Donald's career began on April 26, 1965, was promoted to sergeant on May 19, 1974 and was appointed Detective Sergeant on December 10, 1984 where he remained until his retirement on March 28, 2004. He was a 40-year member of the Massachusetts Police Association. Donald's interests included collecting coins and various antiques, spending time in nature and collecting milk bottles. He knew a lot of history about local milk bottles and the locations of the farms where they came from in the area. He also had a fondness for family heirlooms and memorabilia. For those who knew him best, they know he never parted with anything! He enjoyed traveling to Maine, New Hampshire and Vermont and on several occasions would walk trails in New Hampshire with his son and another friend. Donald also thoroughly enjoyed many years attending the Fryeburg Fair in Maine. In addition to his loving wife Susanne, he is survived by his children, Jim Medeiros and his wife Cyrille of Wilsons, VA; Carolyn (Medeiros) Ovesen and her husband Chester “Chet” of Dartmouth and their son Lucas Ovesen. Donald loved his family dearly, especially his grandson Lucas and his many nieces and nephews. Donald is also survived by his brother Walter Medeiros and his wife, Linda, and sister-in-law Carol Medeiros, the wife of his late brother, Richard Medeiros all of Dartmouth. Donald was also the brother of the late Gene and Gilly Medeiros. The family wishes to thank the Wound Care Center of St. Luke's Hospital and their staff as well as the the Visiting Nurse Association of Fairhaven, Hospice service division. In lieu of flowers, donations can be made to the Schwartz Center/Meeting Street School, 1 Poza Place, Dartmouth or the American Heart Association. Love the ones God gave you as a gift, because some day God may call them back. Donald's visitation will be held on Thursday, September 2, 2021 from 4:00 to 7:00PM in the WARING-SULLIVAN HOME at DARTMOUTH, 230 Russells Mills Road, Dartmouth, MA 02748. Relatives and friends are invited. Funeral service to be held on Friday, September 3, 2021 at 11:00AM followed by his burial in South Dartmouth Cemetery. To leave a note of condolence: www:waring-sullivan.com
VOIR PLUS VOIR MOINS