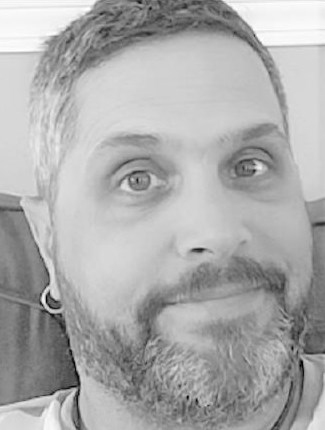 Loving husband and father Jeffrey Cunha passed away July 25th of natural causes. He was surrounded by loved ones in his final moments and throughout his life. The “captain” of a large family, Jeff lived for his wife Deborah and son Jack, as well as for his niece Audrey and nephews Sam and Austin Pollack. Among the many others whom he supported and guided over the years were his father Lee and mother Arlene; father-in-law and mother-in-law Dinis and Cremilde Campos; sister-in-law Rita Pollack; aunt Sandy, uncle Bruce and cousins Quinn and Chace Feno; and aunt Phyllis and cousins Pamela and Jacob Mitchell. Jeff and Deborah were the loves of each other’s life. They recently celebrated their 25th wedding anniversary and their son Jack’s middle-school graduation with a gathering of family and friends, where all were happy to see and laugh with Jeff in person. Prior to the pandemic, he had enjoyed taking his niece to concerts and his son and nephews to Boston Celtics games. The family also spent many hours watching movies and TV shows from Jeff’s favorite genre: sci-fi. He always had a four legged friend by his side, first Max and Myra, then Q, and finally the family’s pandemic pup Rory. Jeff grew up in Dartmouth, MA, studying theater at Bristol Community College before going on to earn an undergraduate degree in philosophy and a master’s degree in professional writing at University of Massachusetts Dartmouth, later teaching as an adjunct professor at both schools. Jeff also enjoyed spending time with and coaching his son Jack in baseball and basketball at DYAA, where he volunteered for many years and influenced generations of young players. Jeff rose in his career to Media Specialist at SAI360, leading his team in producing informational videos for Fortune 500 companies. Upon his passing, the company lovingly introduced “Jeff-isms” as a part of their company culture and training. In lieu of flowers, the Cunha family requests monetary or blood donations to the Red Cross; please list Jeff as the honoree so his family can know of the gift. There will be a private ceremony at a later date for family and close friends. For online tribute: www.waring-sullivan.com.
VOIR PLUS VOIR MOINS