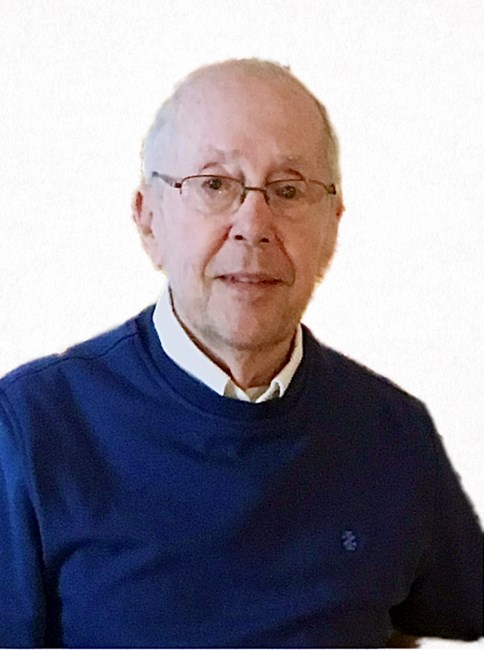 FLOHRE, Carl John, Jr., age 90 of Centerville, passed away peacefully Saturday, July 30, 2022. Carl was born in Dayton to the late Carl J. and Mary (Goonan) Flohre, Sr. He was preceded in death by his brother Raymond Flohre. He is survived by his loving wife of 63 years, Helen (Dickensheets); daughter Susan (Ronald) Bertke; son Craig Flohre; and sister Nancy Heindselman. He will be dearly missed by his grandchildren, Ashley (Chris) Houser, Katelyn (David) Bowling, Tyler Flohre, and Daniel Bertke; and his three great grandchildren, Mark Houser and A.J. and Kendall Bowling. Carl was a 1950 graduate of Chaminade High School and received a bachelor’s degree from Ohio State University. He served 4 years in the U.S. Navy and retired from Amcast Industrial. Carl was a successful entrepreneur who owned the California Closets franchise in Dayton for more than 20 years. He was known for his kindness and great sense of humor. A long-time parishioner of Incarnation Church, Carl was a Fourth Degree Knight of Columbus. A Memorial Mass will be held at 1:00 p.m. on Monday, August 8, 2022, at the Church of the Incarnation, 7415 Far Hills Ave., Centerville. Private inurnment Dayton National Cemetery. Memorial contributions may be made to Corner Cupboard Charities of Greater Dayton, Inc. Condolences may be sent to www.tobiasfuneralhome.com
VOIR PLUS VOIR MOINS